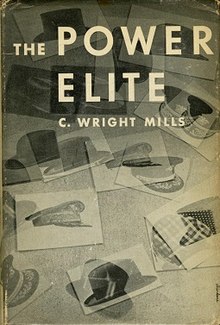 Antonin Scalia may not have been the worst justice in the history of the Supreme Court, but he was probably the most over-rated:

George Orwell once noted that when an English politician dies “his worst enemies will stand up on the floor of the House and utter pious lies in his honour.” Antonin Scalia was neither English, nor technically speaking a politician, but a similar tradition can be witnessed in the form of the praise now being heaped on him.

For example prominent liberal legal academic and former Obama administration lawyer Cass Sunstein has just offered the opinion that Scalia “was not only one of the most important justices in the nation’s history, he was also among the greatest.” Scalia’s greatness, Sunstein claims, “lies in his abiding commitment to one ideal above any other: the rule of law.”

Sunstein’s assessment strikes me as not merely wrong, but as the precise opposite of the truth. Scalia was not a great judge: he was a bad one. And his badness consisted precisely in his contempt for the rule of law, if by “the rule of law” one means the consistent application of legal principles, without regard to the political consequences of applying those principles in a consistent way.

See the rest of the piece for various illustrations. The key role Scalia played in the abomination that was Bush v. Gore would by itself make Sunstein’s assessment preposterous, even if that decision had been a rare instance in which Scalia deviated from his professed jurisprudential principles in order to produce a result he found politically congenial (it wasn’t).

So how are we to understand Sunstein’s evaluation? I see three possibilities:

(1) Sunstein has failed to notice that Scalia’s devotion to his professed jurisprudential principles was largely nominal.

(2) Sunstein wants to be on the Supreme Court, and his repetition of right wing propaganda in regard to Scalia’s performance as a judge is a strategic gesture, intended to enhance his prospects.

(3) Despite their political differences, Sunstein and Scalia are part of the same legal and social elite, and members of this elite ultimately cover for each other, because being part of the elite trumps ideological conflict (some pun intended).

I think (1) is pretty much out of the question, and that a combination of (2) and (3) explains Sunstein’s encomium to one of the worst judges in the history of the Supreme Court.

We can also see (3) reflected in Scalia telling David Axelrod back in 2009 that he ought to ask Obama to send him someone “smart” to replace David Souter, and suggesting Elena Kagan, whose primary qualification for the position consisted of being Cass Sunstein’s dean at the time.