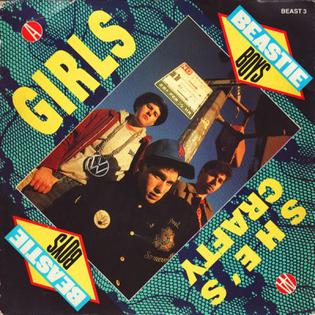 To Devlin, the questions of a women’s role in the world and their role in sex relationships, are inseparable from what he refers to as the feminist ideology. As scholar Christa Hodapp observes in her book Men’s Rights, Gender, and Social Media, he views feminism as an “unhinged bratty sister” and a “threat motivated and furthered . . . by a desire for power.” Men shouldn’t do a woman’s bidding, Devlin says. In fact, “it is a woman’s responsibility to prove she is worthy of the privilege” of submitting to a man and bearing his children.

Except any floozy bold enough to attempt to prove her worthiness to a strange man is automatically disqualified. Take that feminazis. Who aren’t really nazis, but only dressed up as nazis, trying to deceive MRAcists in order to further their careers.

As Seyward Darby explained in her September cover story for Harper’s on women in the alt-right, there are those within the movement who are consciously pushing for increased female involvement—through YouTube channels, blogging, social media, and even presentations at movement conferences. It’s a big shift, given the oft-noted lack of female leadership in the alt-right. Some white nationalist authors have been quick to acknowledge the need for change. “There aren’t enough women who publicly align with the Alt Right at present in order for the newly awoken to find that new community,” the female white nationalist writer Wolfie James wrote in Counter-Currents. “A man can thrive as a lone wolf, but a woman will wither from loneliness.” Women’s inclusion, in other words, is crucial to the movement’s recruitment strategy going forward.

However, the people trying to revive the KKK Ladies Auxiliary are likely to be shouted down by the pure white gents demanding pure white women provide a place where they can transubstantiate their gamete gravy into pure white babies.

But the far right’s gender politics are being shaped by Devlin and his ilk, and their vision for an ethnically cleansed future is hostile to female power. The result is that a conflict is brewing between what the alt-right knows it needs to do—recruit more white women—and the way it envisions the world it wants to build.

I don’t see much room for real conflict so it’s not worth rooting for injuries. The white supremacists of the 21st century are still using their spiritual great-great-great-great-grandfather’s playbook, and that calls for subservient women.

Perhaps they’ll compromise. Women won’t have to engage in performative subservience for the Devlin types unless they want to, but they’ll have to carry half-sized Tikkki Torches so the guys won’t feel insecure.

I’m not very good at the Twitterhandles to Commentarionhandles thing. Will the person who alerted me to this will please step forward and take the credit/blame?