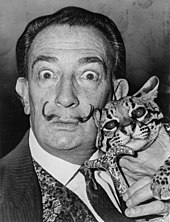 A particularly asinine “debate” has broken out regarding Simon & Schuster’s sacred constitutional right to pursue the profit motive at the expense of any regard for human decency (This noble principle is normally referred to as “the free market,” and criticizing any aspect of it is very triggering for Real Americans, so watch yourself and your neighbor too).

Here’s a vigorous defense of that principle from eventheliberal Josh Barro:

Wait, so now we’re attacking publishing houses for publishing books by people we disagree with?

Milo is awful and I’m sure his book will be stupid. But pressuring publishing houses toward viewpoint restriction leads somewhere bad.

Barro is aware that this isn’t a first amendment issue, since nobody is suggesting that the government should prohibit Milo from publishing his dreck with whoever is willing to associate themselves with him in exchange for money.  But he’s apparently taking the view that Simon & Schuster should engage in no viewpoint restriction whatever, beyond the (obviously considerable) viewpoint restrictions inherent in pursuing profit to the exclusion of all other considerations.

He’s also arguing for the principle that it’s inherently wrong to criticize S&S for following this maxim, since criticizing publishers for pursuing profit to the exclusion of all other considerations  “leads somewhere bad.”

Barro’s position, in short, is that it would be wrong to criticize any publisher for publishing any book because of the book’s content, because doing so would have worse consequences than publishing that book, no matter what the book contained or argued for or caused.

That obviously intelligent and well-informed people can take such a view is, I suggest, a symptom of considerable cultural and intellectual decadence, as opposed to merely an individual cognitive failing.

As for Milo himself, I’m reminded of an observation in Orwell’s essay on Salvador Dali:

The two qualities that Dali unquestionably possesses are a gift for drawing and an atrocious egoism. ‘At seven’, he says in the first paragraph of his book, ‘I wanted to be Napoleon. And my ambition has been growing steadily ever since.’ This is worded in a deliberately startling way, but no doubt it is substantially true. Such feelings are common enough. ‘I knew I was a genius’, somebody once said to me, ‘long before I knew what I was going to be a genius about.’ And suppose that you have nothing in you except your egoism and a dexterity that goes no higher than the elbow; suppose that your real gift is for a detailed, academic, representational style of drawing, your real métier to be an illustrator of scientific textbooks. How then do you become Napoleon?

There is always one escape: into wickedness. Always do the thing that will shock and wound people. At five, throw a little boy off a bridge, strike an old doctor across the face with a whip and break his spectacles — or, at any rate, dream about doing such things. Twenty years later, gouge the eyes out of dead donkeys with a pair of scissors. Along those lines you can always feel yourself original. And after all, it pays! It is much less dangerous than crime. Making all allowance for the probable suppressions in Dali’s autobiography, it is clear that he had not had to suffer for his eccentricities as he would have done in an earlier age. He grew up into the corrupt world of the nineteen-twenties, when sophistication was immensely widespread and every European capital swarmed with aristocrats and rentiers who had given up sport and politics and taken to patronising the arts. If you threw dead donkeys at people, they threw money back. A phobia for grasshoppers — which a few decades back would merely have provoked a snigger — was now an interesting ‘complex’ which could be profitably exploited. And when that particular world collapsed before the German Army, America was waiting. You could even top it all up with religious conversion, moving at one hop and without a shadow of repentance from the fashionable salons of Paris to Abraham’s bosom.

This is not to suggest that Milo possesses anything resembling Dali’s actual talent.  As Orwell notes, Dali “is an exhibitionist and a careerist, but he is not a fraud. He has fifty times more talent than most of the people who would denounce his morals and jeer at his paintings.” But the psychological type, and the pecuniary motives it creates, are easily recognizable in both cases.

Returning to the merits of the current controversy, it’s apparently necessary to point out that people who do morally disgusting things for money should be criticized for doing so, especially when this kind of pimp-whore relationship isn’t a product of any economic desperation, but rather of simple unvarnished greed on the one hand, and furious attention-seeking narcissism in the other.