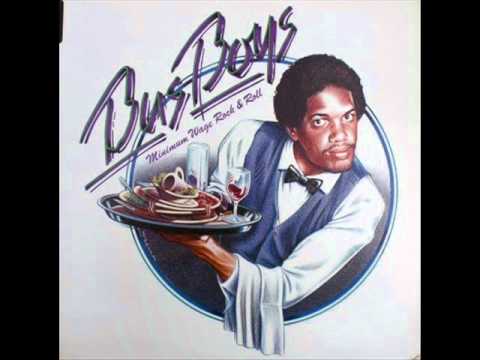 Anyone who is looking for proof that Sen. Sanders (I-Vt.) cares about the issues and people he says he cares about will not find it in S.3410, otherwise known as the Stop Bad Employers by Zeroing Out Subsidies Act, but should be known as the Thrown Together Between Camera Sessions Bill.

In the beginning was the tax/penalty. And not much else.

“(a) Imposition of Corporate Welfare Tax.—There is hereby imposed on each large employer a tax equal to 100 percent of the qualified employee benefits with respect to such employer for the taxable year.

Where will this money go? That is a good question that isn’t answered by the text of the bill.

Perhaps the thought was the large employer would think “Argh, a tax!”, recoil like Peter Thiel when he sees a head of garlic and raise everyone’s wages so that the employees, their dependents and household members didn’t need to use the four benefits covered by the bill.

That’s a bigly yuge maybe that ignores large businesses’ cunning when it comes to not paying employees and avoiding taxes. But for some reason, closing the circle by stating that the money will go back to whatever benefit program or programs the employees used was too much trouble.

As a result, Sanders doesn’t come across as Robin Hood, or even Dennis Moore, but instead as someone who has been in congress for decades but is still struggling with the finer points of drafting legislation.

There’s not a lot more to say about the bill itself, because there isn’t much more to the bill, which could also be called the Sort it out on the Cutting Room Floor Bill.

“(e) Regulations.—The Secretary, in consultation with the Secretary of Agriculture, the Secretary of Housing and Urban Development, and the Administrator of the Centers for Medicare and Medicaid Services, shall prescribe such regulations as may be necessary or appropriate to carry out this chapter.”

It is normal to leave the actual driving of nails and tightening of screws to the responsible agencies. But the more guidance they have in the text of the law the less time they have to spend going back and forth with the authors to figure out what they meant. In this case details would mean they can get to the intra-agency meetings needed to hammer out various proposed rules and then on to the rule-making period and the final rule and after all that, enacting the law. With this one the agencies have the definitions of large employer, who is and isn’t an employee and the covered federal benefits and not much else:

“(1) IN GENERAL.—The term ‘qualified employee benefits’ means, with respect to a person for a taxable year, the sum of the qualified Federal benefits received by individuals who are employees of such person for such taxable year.

“(A) The dollar value of supplemental nutrition assistance for which the household (as defined in section 3(m) of the Food and Nutrition Act of 2008) that includes such individual is eligible.

“(C) The aggregate amount of the monthly assistance payments for rental of a dwelling unit that the household of such individual is a member of is eligible to have made on its behalf pursuant to section 8 of the United States Housing Act of 1937.

“(D) The amount of payments made under section 1903 of the Social Security Act with respect to expenditures made by a State under a State Medicaid plan under title XIX of such Act (or a waiver of such plan) for medical assistance for such individual or for dependents of such individual.

That’s a lot of information that has to go from somewhere to somewhere else so that someone knows who to tax and for how much. Will the information be de-identified? Perhaps.

(a) In general.—It shall be an unlawful employment practice for any large employer (as defined in section 4501(b) of the Internal Revenue Code of 1986) to make inquiries of an applicant for employment, or otherwise seek information about such an applicant (including through the use of any form or application), relating to whether such applicant receives Federal benefits.

The bill is silent on what a provider can do once someone is hired. And people who are aware of racism will know that if employers don’t ask – another maybe – they’ll guess. And they’ll guess based on stereotypes about people who use food stamps.

But maybe now that he’s gotten this out of his system, someone who really wants to address the need for a living wage can have a go.