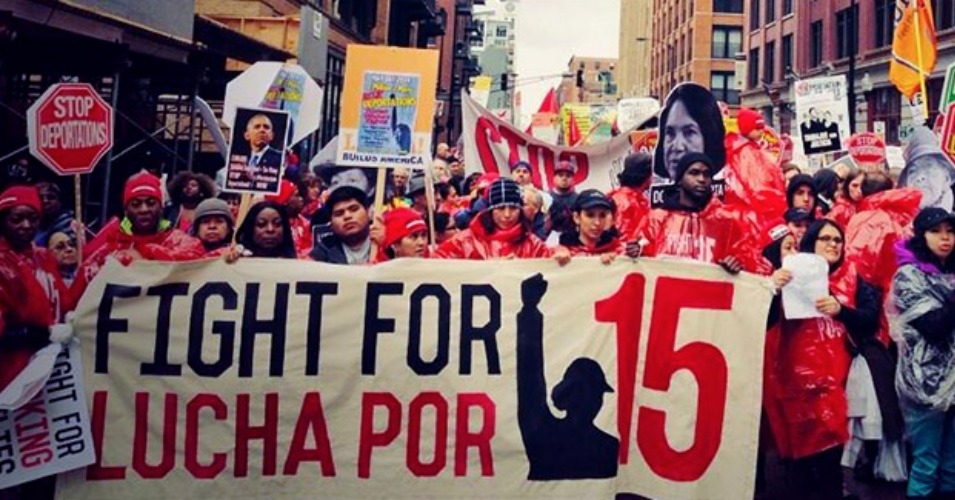 At a terrible time like this, we have to remember that the courts can actually do the right thing from time to time and we have to hold onto the small victories and take some heart from them.

In-N-Out Burger Inc. violated federal labor law when it told servers in Austin, Texas, they couldn’t wear “Fight for $15″ buttons on their uniforms.

The fast-food chain didn’t show the “special circumstances” necessary to allow it to avoid federal labor law’s general requirement that employees must be permitted to wear union insignia at work, a federal appeals court said. The July 6 ruling reaffirms that the exception to the general requirement is “narrow” and that employers typically will find themselves on the wrong side of the law if they try to block workers from displaying their support for unionization or union activity while on the clock.

“We respectfully disagree with the decision reached by the Fifth Circuit Court of Appeals and we fully intend on petitioning the decision to the Supreme Court of the United States,” In-N-Out Burger Executive Vice President Arnie Wensinger told Bloomberg Law in an emailed statement. “We believe that providing a consistent uniform is important to the overall sparkling-clean environment of our restaurants and we also believe our customers would agree that In-N-Out Burger should be able to choose what our Associates wear as a uniform.”

Of course, In-N-Out still won’t pay its workers $15 an hour, which itself is not really enough to live a good life on.

That this has already gone to the Fifth Circuit makes me wonder if they won’t try to appeal to the Supreme Court. And we know damn well how those hacks will rule since they are already creating different categories of speech based on how closely they fit the agenda of the Republican Party.