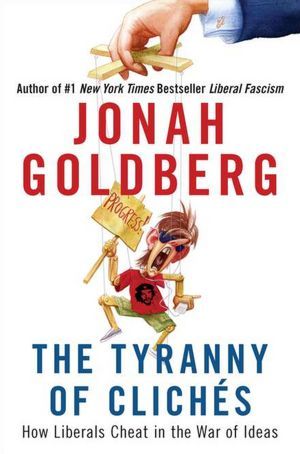 Above: every accusation is a confession

David Brooks has one of those inadvertently hilarious “conservatives have Exciting Ideas” columns that all conservative op-ed columnists are apparently contractually obliged to write at least annually. You know the routine:

Other conservatives are rising to defend that order, including National Review’s Jonah Goldberg, who later this month comes out with his epic and debate-shifting book, “Suicide of the West.”

Goldberg points out that for eons human beings were semi-hairless upright apes clumped in tribes and fighting for food. But about 300 years ago something that he calls “the Miracle” happened. It was a shift in attitude. For thousands of years, societies divided people into permanent categories of race or caste. But, Goldberg writes, “the Miracle ushered in a philosophy that says each person is to be judged and respected on account of their own merits, not the class or caste of their ancestors.”

That belief, championed by John Locke, or a story we tell about Locke, paved the way for human equality, pluralism, democracy, capitalism and the idea that a person can have a plurality of identities and a society can contain a plurality of moral creeds.

It also proved to be the goose that laid the golden egg. Economic growth exploded. The American founding asserted that Lockean ideas are universal. And nothing had ever succeeded like America. Between 1860 and 1900 alone, America’s population doubled and its wealth grew fivefold.

But we have stopped teaching about the Miracle, Goldberg says, and stopped feeling grateful for it.

Tribalism was always there, lurking under the surface. It returns now as identity politics, which is reactionary reversion to the pre-modern world. Identity politics takes individual merit out of the moral center of our system and asserts that group is, Goldberg says, “an immutable category, a permanent tribe.” Identity politics warriors claim they are fighting for social justice, but really it’s just the same old thing, Goldberg argues, a mass mobilization to gain power for the tribe.

If anything in this life is certain, if history has taught us anything, it’s that John Locke permanently ended caste systems, and that Lockean liberalism cannot coexist with any kind of caste system. The United States is a perfect example, given by the complete absence of caste, let alone genocidal violence against groups based in part on fallacious arguments that they were not using the land they possessed productively, or chattel slavery, or white supremacist authoritarian enclaves persisting well into the 20th century. And certainly one cannot imagine domestic and foreign apartheid police states being strongly defended by the man considered the intellectual founder of modern conservatism. Anyway, this history of colorblind liberal individualism is now being threatened by IDENTITY POLITICS.

I’m sure this argument has never been made in such detail or with such care, even by Mark Lilla, and it sure is original and exciting! I wonder how it will play out under the next Republican government.