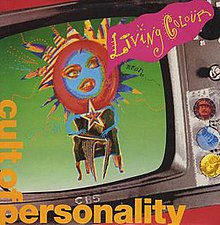 I’m leaning toward “yes he would.”

To get a couple things out of the way first, it should go without saying that any of these outcomes would be a serious disaster, so this is roughly analogous to trying to figure out if you’d rather try to live through a major hurricane or a massive earthquake.

Also, nothing in what follows takes into account or is otherwise based on which of these candidates would be more likely to actually win. This is of course a legitimate factor in shaping one’s hopes and fears in regard to the outcome of the GOP nomination process, but I’m excluding it here.

That said, I think a Trump presidency has a significantly greater potential to be a genuine national catastrophe. This is the case even though I agree with Scott that there is likely to be little substantive difference in the sorts of bills that get signed or vetoed in any of the three hypothetical administrations, and with Rob that there’s something more than a little absurd about Max Boot et. al., wringing their hands about the prospect of a bellicose and blustery foreign policy under Trump.

Indeed, at least in regard to domestic policy, there’s certainly an argument to be made that Trump wouldn’t be as bad Cruz or Rubio, since perhaps he would actually do something to advance some elements of the economic populism he’s been touting, and he would probably be less inclined to try to gut what remains of the welfare state (ie Social Security and Medicare), since he understands such a policy is only popular with the GOP money men who fear and despise him, rather than with the people who are voting for him.

(1) The social costs incurred by putting someone who campaigns as an open racist in the White House. I don’t know whether or to what extent Trump is “really” racist, but that is basically irrelevant to calculating those costs. Air raid siren racism is worse than dog whistle racism, for the same reason that open corruption is worse than the covert kind. It’s actually an important social advance that, relative to a a couple of three decades ago, covert racists now feel the need to disguise their racism, because when they don’t feel that way racism becomes more socially acceptable, just as when open bribery becomes a feature of public life its very openness makes it more socially acceptable, and therefore more common than it would otherwise be.

(2) Trump is not merely a narcissistic megalomaniac of an extreme kind: he’s a narcissistic megalomaniac who isn’t constrained by any political institutions, as even an “anti-establishment” conventional presidential candidate like Cruz or Sanders would be. He’s a true political outsider, and as such he’s much more unpredictable. Institutional socialization, and the constraints it builds up, are real. Trump presents a non-trivial risk of being the sort of politician who would actually do the sorts of things that conspiracy nuts of the Alex Jones type are always fantasizing normal politicians are about to do: declare martial law, suspend elections, seize major media outlets etc. Trump really might turn into an American version of Vladamir Putin or perhaps Juan Peron.

As dire as a Cruz or Rubio presidency might be, that’s not going to happen under them. Trump, in my view, does actually present a non-trivial existential threat to American democracy.