Because y’all seemed to want to riff on it, I thought it deserved its own post, and also it’s Friday. 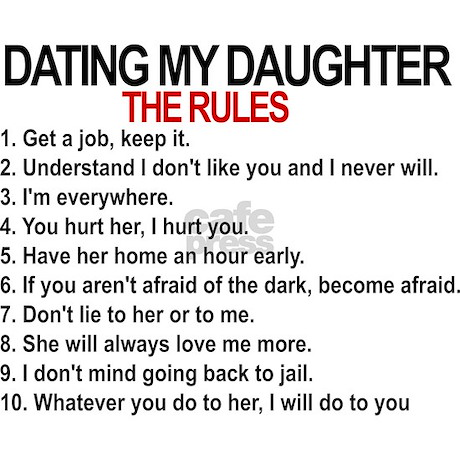 Half of these aren’t rules, which is troubling. But what’s more troubling is how goofy, banal and sexist these “rules” are. Also, it’s odd that mothers should play no role in looking out for their daughters. Most troubling are the weird psychosexual issues at play here. I’m pretty sure whoever made this list wants to bang his daughter. At least I was sure of that until I read #10, wherein I became pretty sure the list’s author wants to bang the boyfriend. Whatever you do, boyfriend dude, stay away from The Shocker. Not unless you want some sweaty, angry middle-aged guy groping you and hoping to find your second hole.