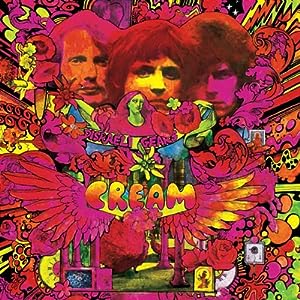 I’ve been doing some archival research in the University of Michigan’s Bentley Historical Library, and I just came across this document, which appears to have been some sort of crude mimeograph produced by somebody calling himself The Last True Leftist. It’s dated August 8th, 1974:

If there is anything that can drive a genuine leftist to despair, it’s narcissistic self-indulgent pseudo-radicalism of today’s youth. Over the last decade, it’s become increasingly clear that people born after the second world war are under the impression that radical politics, like sex, drugs, and rock and roll, didn’t exist until they came along, and that their elders were nothing but a bunch of conformist squares, whose idea of political progress was a successful UAW strike. To set the record straight:

A few decades ago, left wing politics meant getting your skull cracked by company goons rushing a picket line, not listening to Disraeli Gears while doing bong hits. It meant getting millions of people to cast their presidential votes for a man who the U.S. government feared enough to put in prison, not for a former bomber pilot whose leftism consists of being more liberal than Richard Nixon (No offense to McGovern . . . BUT COME ON PEOPLE!)

Left politics meant dangerous on the ground organizing of workers in the face of straight up corporate and state violence, not theater of the absurd bullshit like “levitating the Pentagon.”

Seriously, political marches are fun, they’re energizing, they have their place — but they’re just marches. Afterwards everybody goes home and nothing much has happened.

But with this new generation, it’s all marches, and slogans, and posters, and “protest songs,” all the time. At best! Because kids today talk as if going to a three-day music festival where everyone smokes dope and then throws up in the mud is also a revolutionary act. A “cultural revolution.”

But the worst is yet to come. Forty years from now today’s kids will have become the biggest pain in the ass generation of old people ever. If only because there’s so many of them! Their kids (and grandchildren) will never stop hearing about the good old days, when “we” “stopped the War” and a bunch of other equally preposterous claims. Through sheer demographic force, they’ll probably ensure that some kid born in 1995 can sing along to Beatles and Stones songs, if not Led Zeppelin and Grand Funk Railroad!

At this rate, they’ll end up electing Ronald Reagan president, without ever noticing the Summer of Love ended a long time ago.