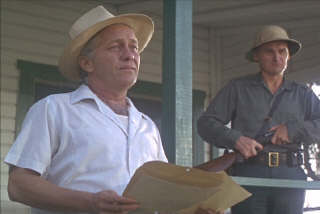 How much money has the law school reform movement cost ABA law schools?

This is not very difficult to calculate, if we define the law school reform movement as including everyone who has helped bring about more transparency regarding employment outcomes for law graduates: scambloggers, journalists, Law School Transparency, internal critics of the system, internal defenders of the system making arguments that are so bad that they lend yet more legitimacy to criticisms, etc.

If you assume none of the above had done any of the stuff they’ve done over the past few years, it seems reasonable to assume that, conservatively speaking, there would have been no downturn in law school enrollment (actually it seems more realistic to assume enrollment would have continued to climb, but we’ll go with the more conservative assumption that it would have remained where it was five years ago). It also seems reasonable to assume that effective tuition (sticker minus discounts) would have continued to climb at its recent rate of two or three percent a year above inflation, instead of flat-lining as it has over the past couple of years.

On the basis of these assumptions, a legal academic world without any push-back to the carny barking that dominated the information available to students until about four years ago would feature about 147,500 JD students this coming fall, who would be paying about $31,500 per year, on average, in effective tuition. So law schools would be extracting about $4.65 billion in tuition revenue from their JD students during the 2015-16 academic year.

Instead, they’re going to be getting a lot less. This year’s enrollment cycle is almost complete, and at this point it’s easy to estimate within a few hundred students how many people will matriculate this fall. Schools are going to receive applications from just under 53,000 applicants. The quasi-open enrollment policy already in place at several dozen schools means that approximately 80% of these applicants will be accepted to at least one school to which they apply (many applicants won’t apply to schools with open enrollment policies, plus about 10% of the applicant pool won’t be admitted anywhere because their files more or less scream potential litigation exposure risk to any school reckless enough to take them).

Of those who are admitted to at least one school, around 87% will end up matriculating somewhere. That means the first year class is going to be around 36,850 students, which in turn means the total JD population this fall will be about 111,000. (This past fall’s total JD enrollment was a little over 119,000, and the 2015 entering class is going to have about 8,000 fewer students than that of 2012). How much they’ll be paying in average effective tuition is a touch more speculative, but massive tuition discounting at many schools over the past couple of cycles will if anything be likely to intensify, so it would be optimistic to assume that schools will be getting more than the $28,500 per student they were pulling in three years ago. But let’s assume an average effective tuition of $30,000, just to be on the generous side.

That adds up to $3.33 billion in total JD tuition revenue this coming year. So schools are looking at about $1.3 billion less this fall in tuition revenue than they would have enjoyed if only some troublemakers had gotten their minds right. That in turn is about $6.37 million per school, on average, which works out to about $140,000 less tuition revenue per faculty member.

When you put it that way, I almost want to fire myself.

Update: Pace’s law school’s dean — Pace University, which was founded in the 19th century, has its main campus is in lower Manhattan, but the law school, which is 39 years old, is in White Plains — has apparently sent out a Secret Memo to the faculty, which, in the way of such things, is no longer secret. (The secrecy was supposed to be maintained by a secret invisible watermark on the memo, which was designed to identify any potential Deep Throat to a vengeful administration).

The memo announced an immediate 10% salary cut for all faculty, the elimination of summer research stipends and sabbaticals, and a 5% salary cut for some staff. These measures are designed to eliminate $2.1 million of the law school’s current $5 million operating deficit. Interestingly, the administration apparently hasn’t offered to buy out any faculty.