A Republican PAC full of former Navy Seals, Special Operations for America, will be releasing an ad entitled “Bow to Nobody” at the RNC:

Ryan Zinke, the former Navy SEAL who started the super PAC, spoke exclusively with Breitbart News today. “The ad itself accurately portrays where this President is,” said Zinke. “It accurately portrays his core belief that America should not lead. This president is shaping America to be one of the followers, to relinquish our role as a world leader. I didn’t fight 23 years as a Navy SEAL to watch America bow to anybody.”

He continued, “It’s not just the king of Saudi Arabia. My friends from WWII that fought in the Pacific theater—when they see the president bow to the emperor of Japan, I’ve seen veterans cry[.]”

When asked whether it was inappropriate for former SEALs to speak out, as some on the left have alleged, Zinke answered, “If the veterans can’t speak out, who can? I think it’s a duty of every veteran and every citizen to be actively involved in our political process, especially when the president sets out to negotiate away our rights under the Constitution. There have been other veterans—TR, Eisenhower, JFK—they’ve been active in speaking out and shaping the policy and politics of our country[.]”

For reasons that will become abundantly clear, that emphasis is mine. Zinke’s logic is that he shouldn’t fight to protect American freedom if the President is going to go bowing around the world willy-nilly. Moreover, he feels entitled to take this stand because other former military men, including the man who was once the Supreme Commander of the Allied Forces in Europe, Dwight D. Eisenhower, remained “active in speaking out and shaping the policy of our country[.]” Implicit in Zinke’s claim is that someone like President Eisenhower would never diminish the office of the Presidency by bowing to foreign leaders. One problem: conservatives already floated this notion that the President never ever bows so I already know a little something about President Eisenhower: the man could not stop bowing. Hi there, Pope John XXIII! 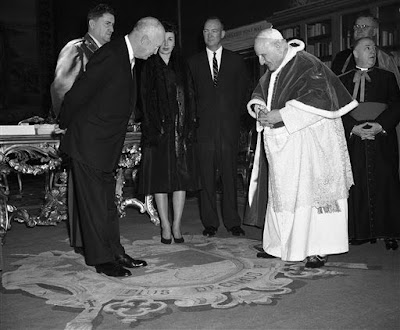 Howdy to you, wife of Italian Prime Minister Giovanni Gronchi! 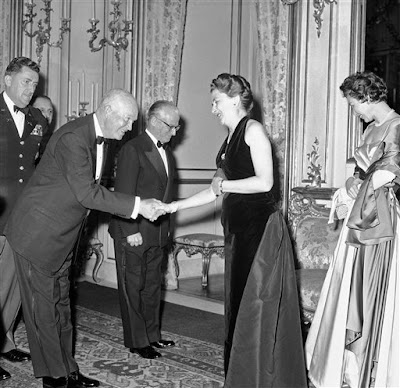 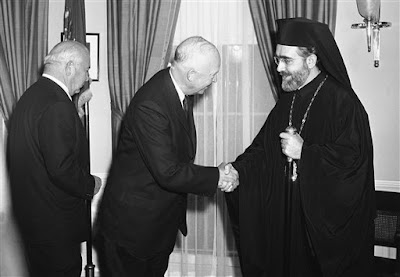 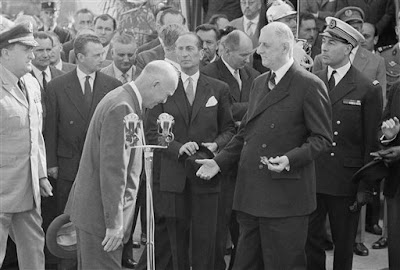 By Zinke’s logic, I believe that last bow means we have all been French since 2 September 1959. Eisenhower clearly demonstrated by that bow that the American President is a subordinate of the French, which means that for the past 50 years America has been a French territory with pretensions of sovereignty. Mon Dieu!

(Most of this post was originally published here on 15 November 2009. It seems stupid didn’t evolve much in the last three years.)