The latest dustup over Liberal Fascism is quite the howler. The delay is amusing enough, but Goldberg — who can’t seem to shake that Barton Fink feeling — is now defending himself by claiming that he’s been really . . . like . . . busy, or something.

As my wife, various friends and colleagues and sundry others can attest, the book is delayed because it’s not done yet. The reasons for that have to do with any number of things (revisions, work distractions, my father’s death, the birth of my child, etc etc) and, as far as I’m aware, marketing isn’t even on the top ten.

Now, I can empathize with the obstacles to genius that clutter the daily life of Mr. Loadpants — I’d be so much more productive, for example, if I weren’t staggering under the oppressive demands of work or dealing with my child’s unending state of self-interest. Moreover, my father has cancer, my dogs aren’t getting walked enough, and my quest to master the knuckleball and make a run at the major leagues has hit a number of snags I’d just rather not discuss publicly. All of this is making me quite stressed out and tired and unproductive.

All that aside, I’m also self-depreciating enough not to suggest that anything I do represents “a very serious, thoughtful, argument that has never been made in such detail or with such care.” And unlike Jonah Goldberg, I don’t claim to be composing a Significant Political Analysis of Libero-Fascism while dicking around and linking to games like “Pac Man with Guns.” Honestly, I’d find Goldberg’s lack of productivity more plausible if I thought he were spending his days wrestling John Goodman in a LA hotel room and walking around with Judy Davis’ head in a box. 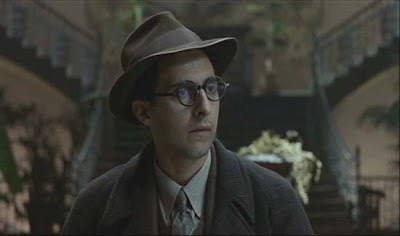