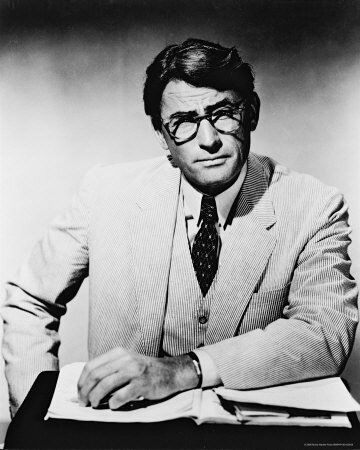 The thesis that non-rich people would have more access to legal representation if law school graduates didn’t have so much debt is put forth regularly by critics of the American legal system. Today’s New York Times features a representative example of this line of argument, from Theresa Amato:

To create the entire sector of sustainable, affordable legal service providers that the legal profession needs will take much more entrepreneurship. There’s no shortage of lawyers to bridge the justice gap. For the last four years, less than 60 percent of law-school graduates have found full-time jobs requiring a bar qualification.

The problem is twofold. First, school fees have consistently outpaced inflation over the last 30 years, and on average, 86 percent of law students graduate with six-figure debt. Without help, the drag of this debt makes it near-impossible for willing graduates to take lower-paying legal services jobs.

Second, even for those graduates who are able to serve those who lack affordable legal representation, the jobs are few and much fought-for — despite the often less than chic locales. Recent graduates rarely have the training or resources to create jobs for themselves.

I would like this argument to be true, since it would provide yet one more reason to argue against what has become the absurdly high cost of legal education in this country, but unfortunately it doesn’t make much sense.

The claim that otherwise willing graduates don’t take public interest jobs because of high debt loads is no doubt true in some individual cases. But from a structural perspective, this would only be relevant to the availability of low-cost and/or subsidized legal services if public interest lawyer jobs had become difficult to fill as a result. But as Amato herself acknowledges, the competition for such jobs is usually quite fierce. (As for the claim that new graduates don’t have the training to set up shop for themselves, this is true, but again irrelevant to the more fundamental problem, which is the dearth of clients who can actually pay for the price of legal services — a price that isn’t related to the relative debt levels of the lawyers who provide them).

This competition is a result of at least three factors:

(1) “Cause” lawyers, such as Amato herself, are obviously not entering the legal profession for the money. Salaries for public interest lawyers, and indeed for many government lawyers, are generally very low, relative to the cost in time and money of a legal education (In the two cities — Denver and New York — in which I’m familiar with the relative pay structure of district attorney and public defender offices on the one hand, and police officers on the other, it’s clear that the average cop makes more than the average DA or PD). Debt to salary ratios are just another factor that people who are clearly getting what economists call large non-pecuniary benefits from their jobs will tend to ignore.

(2) The federal government’s Public Service Loan Forgiveness program is, relatively speaking, a huge economic benefit to public interest and government lawyers. PSLF limits the debt service obligation of such lawyers, in regard to federal loans (at this point almost all law school loans are federal), to 10% of that portion of the debtor’s AGI that is 150% above the poverty line. After ten years of payments, the principal debt and all accumulated interest is forgiven, and the forgiven sum isn’t considered taxable income. Of course this benefit structure makes competition for PSLF-eligible jobs even more intense.

(3) Only around 55% of current law graduates are getting legal jobs of any kind. This means there are literally thousands of new law graduates every year who would gladly take even the lowest-paying public interest jobs.

In sum, poor, working class, and even many middle class people can’t afford lawyers, because with the partial exception of the criminal defense system, legal services in the United States are basically unsubsidized. People with little or no discretionary income can’t spend that non-existent income on legal services, which in comparison to food, shelter, transportation, health care, and some other things, will continue to be considered luxuries. Lawyers who aren’t independently wealthy can’t work for free, or for (what amounts to the same thing) wages that don’t allow them to do much more than cover the operating costs of practicing law. And levels of law school debt — sunk costs, in other words — have almost nothing to do with this dynamic.