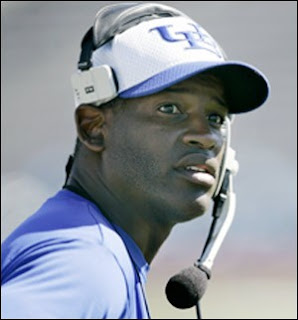 By Paul Campos
|
In Uncategorized
|
On December 15, 2008
This is the weirdest coaching switch I’ve ever seen: Auburn fires Tommy Tuberville, who prior to this year had gone 42-9 in the SEC over the previous four seasons, including a perfect record in 2004, and replaces him with Gene Chizik, whose entire head coaching record consists of going 5-19 at Iowa State over the […]
Continue Reading
← Previous 1 2 3