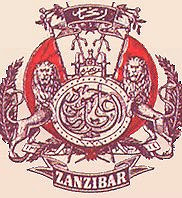 By Robert Farley
|
In monarchs , tanzania
|
On August 19, 2007
In 1505, a Portuguese naval expedition established control over the island of Zanzibar, long a trade destination in the Western Indian. Archaeological evidence indicates that the island has been used as a way station since Assyrian times. The first mosque was established in the 12th century. The Portuguese ruled the island for 190 years, until […]
Continue Reading