The Justice Department announced indictments against 12 Russian nationals as part of special counsel Robert Mueller’s investigation of Russian interference in the 2016 election, accusing them of engaging in a “sustained effort” to hack Democrats’ emails and computer networks. 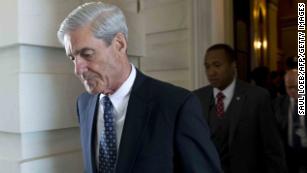 READ: Mueller indicts 12 Russians in 2016 DNC hacking
All 12 defendants are members of the GRU, a Russian federation intelligence agency within the main intelligence directorate of the Russian military, who were acting in “their official capacities.”
The revelations detail a sophisticated assault on the US election in 2016, including the release of emails designed to damage Democratic presidential candidate Hillary Clinton.
The indictment was announced at almost exactly the moment that President Donald Trump rolled into the quadrangle of Windsor Castle to meet the awaiting Queen Elizabeth II in the symbolic highpoint of his visit to Britain.
Trump is due to meet Russian President Vladimir Putin — who has denied election meddling — in Helsinki on Monday for a summit that includes a one-on-one meeting with only interpreters present.