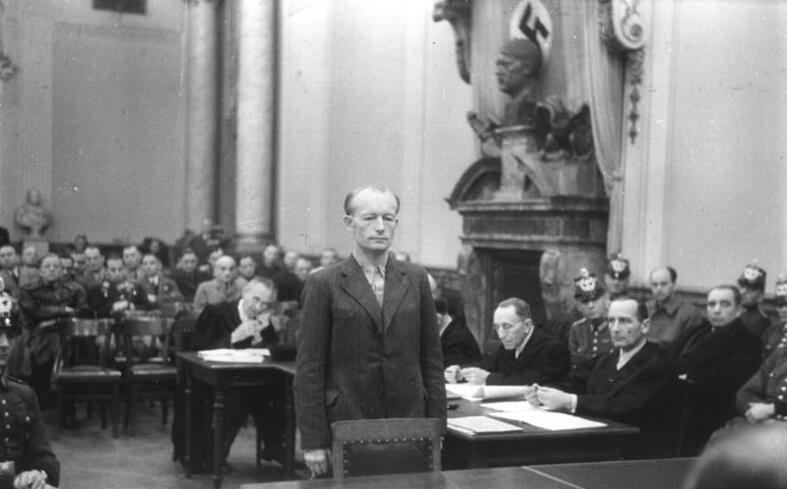 A Dutch journalist just asked new U.S. Ambassador Pete Hoekstra why he said there are “no go” areas in the Netherlands, where radical Muslims are setting cars and politicians on fire.

Hoekstra denied it, and called the claim “fake news.”

The report cut to a video clip of Hoekstra at a 2015 conference hosted by the David Horowitz Freedom Center saying: “The Islamic movement has now gotten to a point where they have put Europe into chaos. Chaos in the Netherlands, there are cars being burned, there are politicians that are being burned.”

“And yes, there are no-go zones in the Netherlands,” he added in the clip.

Then things got extremely weird.

When the reporter pressed, Hoekstra denied using the term “fake news,” which he’d uttered moments before.

Hoekstra was being interviewed by reporter Wouter Zwart for current affairs program Nieuwsuur. The interview is not playing well in the Netherlands. (One sample headline: “The new Trump Ambassador to the Netherlands, Pete Hoekstra, lies about his own lies.”)

‘Another example,’ he said. ‘Some years ago you had a very serious delusion
indeed. You believed that three men, three one-time Party members named
Jones, Aaronson, and Rutherford–men who were executed for treachery and
sabotage after making the fullest possible confession–were not guilty of
the crimes they were charged with. You believed that you had seen
unmistakable documentary evidence proving that their confessions were
false. There was a certain photograph about which you had a hallucination.
You believed that you had actually held it in your hands. It was a
photograph something like this.’

An oblong slip of newspaper had appeared between O’Brien’s fingers. For
perhaps five seconds it was within the angle of Winston’s vision. It was
a photograph, and there was no question of its identity. It was THE
photograph. It was another copy of the photograph of Jones, Aaronson, and
Rutherford at the party function in New York, which he had chanced upon
eleven years ago and promptly destroyed. For only an instant it was before
his eyes, then it was out of sight again. But he had seen it,
unquestionably he had seen it! He made a desperate, agonizing effort to
wrench the top half of his body free. It was impossible to move so much as
a centimetre in any direction. For the moment he had even forgotten the
dial. All he wanted was to hold the photograph in his fingers again, or at
least to see it.

He stepped across the room. There was a memory hole in the opposite wall.
O’Brien lifted the grating. Unseen, the frail slip of paper was whirling
away on the current of warm air; it was vanishing in a flash of flame.
O’Brien turned away from the wall.

‘Ashes,’ he said. ‘Not even identifiable ashes. Dust. It does not exist.
It never existed.’

‘I do not remember it,’ said O’Brien.