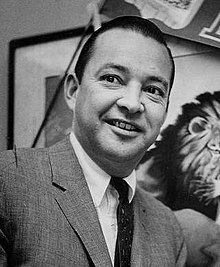 60 years ago this week the Detroit Lions won the NFL championship, routing the Cleveland Browns 59-14. It was the team’s third championship in six seasons, and fourth in the 25 seasons since the NFL had started holding championship games. Shortly thereafter, the team was sold to William Clay Ford, who would eventually become both Henry Ford’s last surviving grandchild, and the best example not named Trump for the desirability of a 100% inheritance tax. (The story has always been that the Ford family handed the Lions to their ne’er do well scion to keep him out of the city’s bars).

In the sixty seasons since then, here are the total postseason wins for the 12 NFL franchises that existed at that time.

Note: Prior to 1967, the NFL didn’t have any playoff games other than the championship game between the two conference winners, unless a playoff game was needed to break a regular-season tie between conference teams.

The Lions have collected one of the 212 total playoff wins racked up by these teams in the last sixty seasons.

What’s most striking to me about this list is that some of the most successful franchises have had very long historical stretches during which they have not won anything to speak of.

Examples: The Steelers only played in one playoff game (and lost it) in their first 39 years of their existence.

Between Lombardi and Favre the Packers won one playoff game in 25 seasons.

The 49ers didn’t win a playoff game until their 21st NFL season, and appeared in only one during that stretch (losing it to the Lions in a famous comeback game).

The Giants missed the postseason for 17 years in a row between the Kennedy and Reagan administrations.

Washington hasn’t gotten out of the wildcard round for 26 seasons now.

Even the otherwise most pathetic franchises — the Browns and the Cardinals — manage to average a playoff win per decade. The Cardinals have even made a Super Bowl. Since the 1950s, the Lions have been six times more awful than the Cleveland Browns.

In a league that dedicates massive resources and many of its rules to producing some sort of reasonable long term parity between franchises, only the Lions have somehow managed to maintain a six-decade streak of almost utter futility.