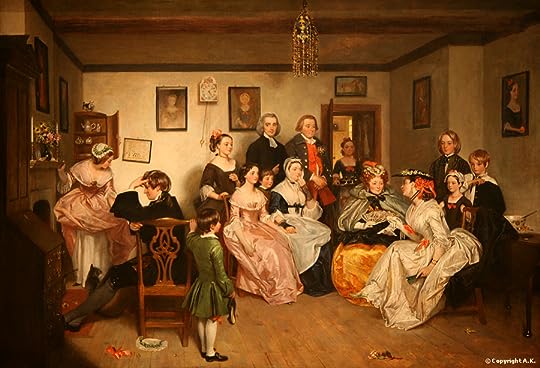 When lovely woman stoops to folly,
And finds too late that men betray,
What charm can sooth her melancholy,
What art can wash her guilt away?

The only art her guilt to cover,
To hide her shame from every eye,
To give repentance to her lover,
And wring his bosom—is to die.

I usually like Matthew Yglesias’s work, but this was awful. Note that his argument isn’t that Clinton should have resigned because he lied under oath or committed adultery (these are bad arguments too, but at least they are based on actual transgressions Clinton committed). Instead he should have quit because:

The United States, and perhaps the broader English-speaking world, is currently undergoing a much-needed accountability moment in which each wave of stories emboldens more people to come forward and more institutions to rethink their practices. Looking back, the 1998 revelation that the president of the United States carried on an affair with an intern could have been that moment.

It was far from the most egregious case of workplace sexual misconduct in American history. But it was unusually high-profile, the facts were not in dispute, the perpetrator had a lot of nominal feminist ideological commitments, and political leaders who shared those commitments had the power to force him from office. Had he resigned in shame, we all might have made a collective cultural and political decision that a person caught leveraging power over women in inappropriate ways ought to be fired. Instead, we lost nearly two decades.

What [Republicans] should have argued was something simpler: A president who uses the power of the Oval Office to seduce a 20-something subordinate is morally bankrupt and contributing, in a meaningful way, to a serious social problem that disadvantages millions of women throughout their lives. . . The wrongdoing at issue was never just a private matter for the Clinton family; it was a high-profile exemplar of a widespread social problem: men’s abuse of workplace power for sexual gain. It was and is a striking example of a genre of misconduct that society has a strong interest in stamping out. That alone should have been enough to have pressured Clinton out of office.

Had Clinton resigned in disgrace under pressure from his own party, that would have sent a strong, and useful, chilling signal to powerful men throughout the country.

Instead, the ultimate disposition of the case — impunity for the man who did something wrong, embarrassment and disgrace for the woman who didn’t — only served to confirm women’s worst fears about coming forward.

First, a seemingly minor but in fact significant point: During the course of her long and rather elaborate affair with Bill Clinton, Monica Lewinsky was not a “White House intern.” The right wing noise machine endlessly repeated this phrase, which was then dutifully transcribed by Even the Liberal Mainstream Media. When she initiated her affair with Clinton, Lewinsky had already been offered and accepted a permanent paid position with the White House Office of Legislative Affairs. She was, in the strictest technical sense, a White House intern for all of eleven days of the two-plus years during which she was romantically involved with Bill Clinton (She formally started her job eleven days after their first assignation).

Of course referring to her as an “intern” makes it sound like Bill Clinton was engaging in the predatory “seduction” [sic] of some innocent college student, who wandered into the West Wing by mistake when she was getting coffee for Leon Panetta or something. Despite Yglesias’s fastidious diction, which sounds lifted out of an 18th century novel, the seduction — if you want to call it that — originated in the other direction: Lewinsky hit on Clinton, he took her up on her offer, and away they went.

Second, any disinterested critic who bothers to read the Starr Report should be struck — despite the author’s strenuous efforts to paint the events in the most sordid and humiliating light — by the extent to which Clinton and Lewinsky actually had an extensive relationship, that went well beyond their quite rare sexual encounters. Despite the extraordinarily constraining circumstances of the affair, the two exchanged nearly 50 gifts, spoke dozens of time by phone (approximately seven of these calls seem to have fallen into what the report primly refers to as “phone sex”), and met on many occasions that didn’t involve any overtly erotic interaction. It was, in other words, a real life affair, that eventually featured a good deal of emotional as well as some physical intimacy.

Lewinsky, for her part, has always been unambiguously insistent that her participation was from first to last fully consensual. Indeed, the only pressure to continue seems to have come from her, after Clinton first unsuccessfully, and then in May of 1997 successfully, put an end to the overt sexual aspects of their relationship. Here’s an interaction from August of 1997 (Caution: contains material that may not be suitable for older or more sensitive readers):

Ms. Lewinsky testified that she brought birthday gifts for the President (his birthday is August 19):

I had set up in his back office, I had brought an apple square and put a candle and had put his birthday presents out. And after he came back in and I sang happy birthday and he got his presents, I asked him . . . if we could share a birthday kiss in honor of our birthdays, because mine had been just a few weeks before. So, he said that that was okay and we could kind of bend the rules that day. And so . . . we kissed.(554)

Ms. Lewinsky touched the President’s genitals through his pants and moved to perform oral sex, but the President rebuffed her.(555) In her recollection: “[H]e said, I’m trying not to do this and I’m trying to be good. . . . [H]e got visibly upset. And so . . . I hugged him and I told him I was sorry and not to be upset.”(556) Later, in a draft note to “Handsome,” Ms. Lewinsky referred to this visit: “It was awful when I saw you for your birthday in August. You were so distant that I missed you as I was holding you in my arms.”(557)

This is what Yglesias describes as a relationship that is only “in some sense” [!] consensual, and that his colleague Dylan Matthews characterizes as “textbook sexual harassment of a subordinate.” (Consulting an actual textbook reveals that sexual harassment requires “unwelcome” conduct, so if we want to get all legal about it we should note that Clinton’s gallantry, as an eminent Victorian might have called it, was never unwelcome in Lewinsky’s eyes, and that she was never his subordinate in the sense that he had any actual supervisory role regarding her employment (she was at the Pentagon for most of their affair, and even when she was in the White House he was her boss only in the sense that everyone employed in the executive branch is formally a subordinate of the POTUS).

As for what I take to be the implicit argument here — that a sufficient power (and age?) differential between a superior and a subordinate in a workplace (extremely broadly defined) environment is inherently coercive — such arguments, which needless to say have merit in certain situations, need to be contextualized in regard to the actual situation, when one is arguing for something as drastic as demanding the canceling out of a presidential election via forced resignation.

What “power,” specifically, did Clinton “leverage” over Lewinsky? Again, the real situation is closer to the opposite of what Yglesias assumes without argument to be the case. Because of his recklessness, Clinton gave Lewinsky enormous power over the future of his presidency. Imagine if she had chosen to even suggest that Clinton had coerced her in some way. And, given his shameful behavior towards her after the affair was revealed, he’s lucky indeed that she didn’t.

As for the claim that the guilty Clinton got away with his behavior with impunity, while the innocent Lewinsky suffered harsh consequences, Clinton got impeached, while Lewinsky was “innocent” precisely to the extent that she — an adult college graduate and executive branch full-time employee who initiated and pursued for more than two years an affair with a married man who happened to be president of the United States — is treated as something other than an actual person with actual agency.

And as for the argument that “we lost nearly two decades” in the fight against sexual assault and sexual harassment because a president who neither sexually assaulted nor sexually harassed Monica Lewinsky didn’t resign over a consensual affair . . . I’m trying not to be rude here, but has Matt Yglesias been keeping up with current affairs, so to speak? A self-confessed serial sexual predator just got elected to the White House in the wake of his own admissions regarding his long-running habit of sexually assaulting women. But apparently there’s no way that would have happened if the vast right wing conspiracy (a precisely accurate term when used by Hillary Clinton to describe the GOP’s endless war against her and her husband) had gotten its pound of flesh way back in 1998.

In any case, Yglesias’s conflation (which many other liberals in good standing — most notably Kristen Gillibrand — are me-tooing) of a completely consensual affair with the current exposure and condemnation of rampant sexual assault and sexual harassment does no favors to the victims of those wrongs.

Note: None of this has anything to do with Juanita Broaddrick. I agree with Michelle Goldberg that that’s an extremely troubling case, but Broaddrick didn’t go public until after Clinton’s impeachment and subsequent Senate trial, so it’s not relevant to Yglesias’s argument here, as he acknowledges.

Update: A lot of people are arguing that it’s a bad idea for superiors to have sexual relationships with subordinates. That’s generally true, but rules that limit or prohibit such relationships are in place because of two dangers: Such relationships are prone to non-consensual abuse of various kinds, and, if they’re public, they can be demoralizing for other employees or even become a form of sexual harassment toward third party observers. In this particular case, the relationship never featured any abusive conduct, and it was kept secret by the participants. So what’s the argument for forcing Clinton to resign again? (No one seems to be defending Yglesias’s actual argument that the relationship itself was literally abusive).