In honor of the British General Election yesterday (pause for laughter), I bring you something a little different this week. A little trip into quirky British political culture where absolute nutters exploit the rules so they can take the piss out of the whole system. Perhaps none more ludicrous, and wholly committed, than Lord Buckethead* who has run for political office three times.

Its now a bit of a tradition for these oddball candidates to stand on a stage with top Members of Parliament and have their names read by a posh announcer with complete seriousness. The Guardian has a brief feature about the candidates that stood this year, including Elmo, Mr. Fishfinger, and some blokes from the Monster Raving Loony Party. And yes, they do have their own manifestos. 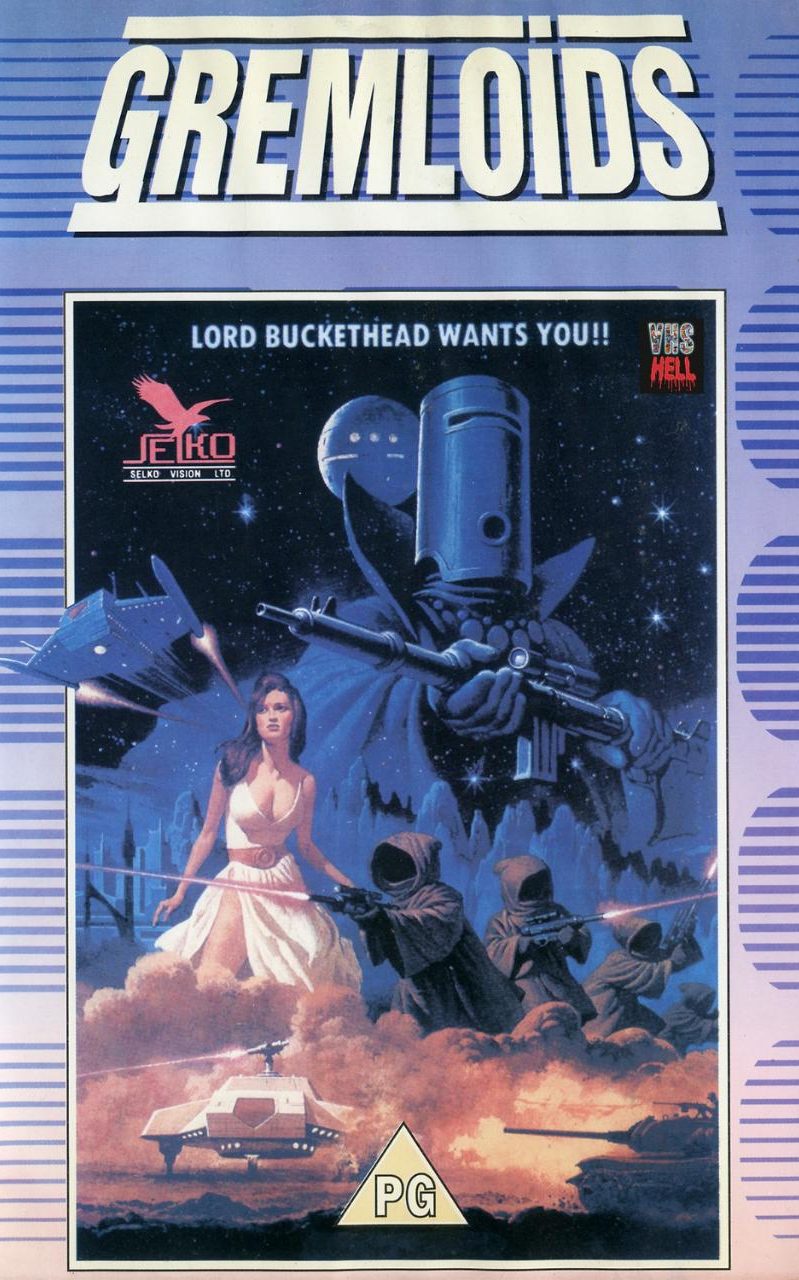 The character of Lord Buckethead is lifted from a low budget American spoof of Star Wars. Known as Gremloids in the UK, it was released on VHS in 1984. The Telegraph has some fun background on the film here. From what I can tell, his first appearance in British politics was in 1987 where he stood against Margaret Thatcher in Finchley representing the Gremloids party. Lord Buckethead where he ran on a platform for the building of a new spaceport, that may or may not have involved destroying Birmingham in the process. Plus free sweets.

He appeared again in 1992 to stand against then Tory Prime Minister John Major in Huntingdon. His head reads “See My Video Out Now”. I’ve been unable to confirm what that video is, but I wonder if perhaps he’s referring to the Gremloids movie on VHS? 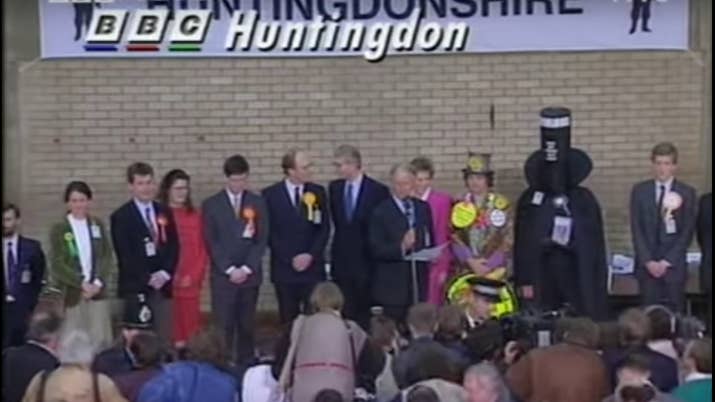 Continuing with the tradition of creating ridiculous photo ops for Tory Prime Ministers, Lord Buckethead stood again this year against Theresa May in Maidenhead. 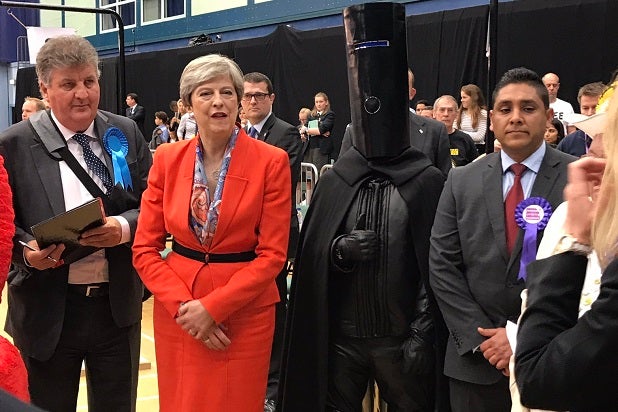 Who Is Lord Buckethead?

Buzzfeed attempted to verify if it was indeed the same person running all three times in costume, but was unsuccesful. What is clear, at least from his Wikipedia page, is His Lordship is intended to be political satire. That he only runs against Tory Prime Ministers is evidence he has a strategy in mind. Perhaps because of the laughable nature of his candidacy, it is very difficult to find press about the public’s reaction to him. That is, prior to the advent of the internet and social media. In 2017, Lord Buckethead can tell you directly what he’s all about on Twitter. For obvious reasons, he makes for excellent viral content.

A recurring theme in the press that has mentioned him and other fringe candidates over the years is that his inclusion in the election process proves Britain is a vibrant democracy. Although if we take a look at what Lord Buckethead ostensibly stands for and when he chooses to make himself known, we might come up with a different idea. These candidates are not in earnest about winning, they are playing at something much larger. They begin as court jesters attempting to dismantle the hypocrisies and absurdity of actual policies, but perhaps through the media’s love of spectacle they and their message get lost in the joke. That Lord Buckethead feels his presence is needed is a signal that someone thinks all is not well with British democracy.

This is what he had to say to the Slough Express about his decision to run this year:

Did I choose to stand in the election? You might say I was compelled. I intercepted countless earth transmissions complaining that your country currently lacks effective opposition. Nature abhors a vacuum, so here I am. It even says it in his 2017 Maidenhead poster, he is a protest vote. There’s even a subtle hint that Buckethead is against the “burqa ban” that’s become popular on the continent, as part of his platform is to keep all full facial coverings legal.

So that’s the takeaway, ladies and gents: if Lord Buckethead shows up calling for total annihilation, its because he thinks that’s exactly what the current party in power is doing.

* Lord Buckethead was falsely identified by a number of people on Twitter as one of the Knights Who Say Ni from Monty Python.