When last the Cubs won the World Series, the Romanovs ruled Russia. 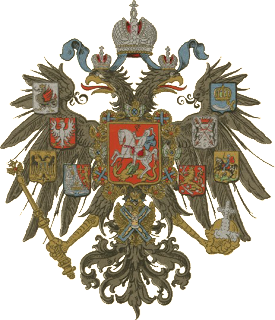 The Romanovs seem to have emerged, along with a number of other important Russian families, from a minor 14th century noble named Andrei Kobyla. The Romanov branch of this large family came to prominence in the mid-16th century, when Anastasia Zakharyina married Ivan the Terrible. The marriage produced two sons, Ivan and Fyodor, who by tradition were considered part of the ruling Rurik dynasty. In 1581, twenty-one years after his wife’s death, Ivan the Terrible beat his daughter-in-law into a miscarriage, angering her husband Ivan. Ivan the Terrible then proceeded to (accidentally) beat his son to death as well. This left only Fyodor, the Fredo of the late Rurik dynasty, to ascend to the throne upon his father’s death. Fyodor’s relatively short and indifferent reign produced no heirs, but did see brutal competition between the Romanov and Gudonov families over succession to the throne. The Gudonovs, a family of Tatar origin, won the first round, and Boris became Tsar upon the death of Fyodor in 1598. The Romanovs were either murdered or dispatched to Siberia.

Seven years later Boris I died, leaving the throne to his sixteen year old son Fyodor II. Fyodor II was promptly murdered and replaced by Dmitri, who claimed to be the youngest son of Ivan the Terrible. After several years, plenty of blood, and much confusion, the young Mikhail Romanov was elected Tsar by a national assembly of nobles. Only seventeen at the time, Mikhail was a weak leader, but he managed two things that helped set the course of Russian history; he survived on the throne for 32 years, and produced a viable heir. Mikhail’s grandson, Peter I, came to be known as Peter the Great for his expansion of Russia’s borders and his modernization of the Russian state.

Unfortunately, the dynastic situation remained complicated. None of Peter’s sons survived to succeed him (in shades of Ivan the Terrible, he had one of his sons murdered by torture), so he installed his wife, Catherine, on the throne before his death. Catherine, a Latvian peasant, was herself succeeded by Peter I’s grandson, Peter II. The Romanovs would have done well to learn the lesson of the French Capetians (who were remarkable in assuring the production and survival of male heirs), as Peter II died of smallpox two years into his reign. A couple more Romanovs down the line, Elizabeth, daughter of Catherine and Peter the Great, ascended to the throne. Elizabeth steered Russia through the War of Austrian Succession and the Seven Years War before dying in 1762. She was followed by Peter III, another grandson of Peter I. Peter III married a woman who was far smarter, more ruthless, and more capable than himself. This arrangement works out well sometimes, but not for Peter; his wife (probably) had him assassinated several months after he ascended to the throne. 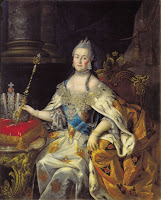 Catherine II was a princess in a minor German noble family. Originally a Lutheran, she joined the Russian Orthodox Church shortly before marrying Peter III. Catherine’s 34 year reign would later be recognized as a golden age for Russia; in addition to further expanding Russia’s borders and consolidating the Russia state, Catherine proved a great patron of the arts. She claimed that her son, Paul, was the produce not of her marriage with Peter but rather of one of her many extra-marital liasons. This claim remains in doubt, as consequently does the relationship between the later Romanovs and Peter the Great. Paul succeeded his mother in 1796, and was assassinated in 1801. Under the leadership of Paul’s son, Alexander I, Russia survived the 1812 French invasion, and its armies later marched across Europe to put a bullet in the head of the zombie that the French Revolution had become. Although a liberal early in his reign, Alexander moved right as he grew older, and was replaced by his even more conservative brother Nicholas I. Nicholas I helped, in his own way, to undo the efforts of Peter and Catherine to remake Russia on a European mold. He was succeeded by the liberal Alexander II, who was succeeded upon the latter’s assassination by the conservative Alexander III.

It’s important to keep in mind that, throughout all of this, Russia probably had the least well-developed political institutions in Europe (and that didn’t compare particularly favorably with those of the Ottoman, Chinese, or Japanese empires). Unlike in most other countries, there was only a very limited cushion between the preferences of the Tsar and government policy. This is not to say that the Tsar’s could do anything they wanted; not even the absolute monarchs are absolute, as the state always has to compete with other societal groups. This is especially important to note in Russia, which due to size and institutional weakness has always been difficult to govern. But in terms of institutionalized means of insulating government from the preferences of the leader, Russia lagged.

In any case, on November 1, 1894, the 26 year old Nicholas Romanov succeeded to the title of Tsar Nicholas II, Emperor and Autocrat of All Russians, King of Poland, and Grand Duke of Finland. He reign would not be pleasant. Under his watch Russia was defeated and most of its fleet destroyed in the Russo-Japanese War of 1905, which helped bring about the Revolution of 1905. Nicholas II survived the Revolution but was forced to create the Duma, a basic representative institution, and to issue several proclamations guaranteeing certain rights for subjects. In 1914 Russia became involved in the Great War, winning substantial early victories in Galicia against the Austro-Hungarian Empire, but suffering a catastrophic defeat against the Germans at Tannenberg. The war overtaxed the capabilities of the Russian state, and helped both create and empower a group of revolutionaries who were, if anything, more bloodthirsty than the autocrats they sought to replace. Nicholas II’s wife also became enamoured of a monk named Grigori Rasputin, who appeared to display remarkable abilities for treating Alexei, the hemophiliac heir to the throne.

In early 1917 the rubber hit the road, and the Tsarist state collapsed into revolution. On March 15 (Gregorian calendar) Nicholas abdicated in favor of his brother, the Grand Duke Mikhail. Mikhail did not take the throne, however, and seven days later Nicholas and his family were arrested. In October the Bolsheviks seized power, and the situation of Nicholas and his family began to deteriorate. In March the family was dispatched to Yekaterinburg. On July 17 a forty year old Bolshevik named Yakov Yurovsky led a Cheka squad to the house in which the Romanovs were imprisoned. Yurovsky personally executed Nicholas, his son Alexis, and his daughter Tatiana, while the rest of the squad finished off the remainder of the royal family. Some people say Nicholas II got a bad break, but I consider him the luckiest deposed monarch on the face of the earth. Were I the last tyrant of a brutally oppressive, yet majestically opulent dynasty, I would rather be massacred with my entire family by revolutionary sociopaths than waste away in decades of exile. We remember Nicholas II and Louis XVI for a reason; who remembers how or when Kaiser Wilhelm II died?

Grand Duke Mikhail had been murdered a month earlier, leaving the succession in doubt. Over time, surviving elements of the family gathered around Cyril Vladimirovich, a cousin of Nicholas’ who had fled to France after the October Revolution. In 1938 the claim passed to Vladimir Cyrilovich, who held it until 1992. In 1969 Vladimir designated his daughter Maria as official heir. However, for various complicated reasons this succession is contested by another branch of the Romanov family, one that recognizes Nicholas Romanov as the legitimate heir. The issues differentiating the two are too complicated to discuss in this space; in a bygone age one would simply have had the other imprisoned or killed. Prospects for a return to the throne appear grim. Although the collapse of the Bolshevik regime opened space for the mobilization of public opinion for the restoration of the monarchy, this mobilization never manifested. The Romanovs remain relatively unpopular in Russia in spite of the measured support of the Russian Orthodox Church. Unless Vladimir Putin somehow manages to have himself declared a Romanov, it is unlikely that the family will return to the throne anytime soon.

Trivia: What dynasty went from being the target of one Crusade to being a participant in another in two generations?