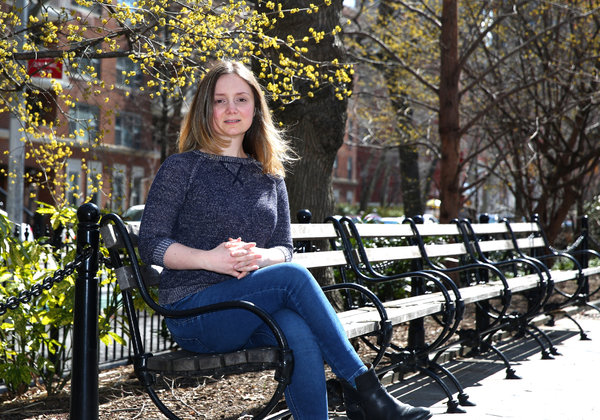 Singal’s question arises in the context of his strange ongoing defense of Alice Goffman’s On the Run:

Singal: Your book is going to draw comparisons to Alice Goffman’s On the Run: Fugitive Life in an American City, since both books involve a white ethnographer “embedding” with poor black people, though in your book about half of your subjects were white. I’m curious if, when you saw that book’s reception and some of the controversies that popped up around it, that had any effect on you and your work on Evicted.

Desmond: I think one of the things we’ve learned from the reception of that book is how deeply people care about our methods, you know, and our claims, and how we know what we know. The truth is absolutely paramount, it’s so paramount, and we have to be dogged about it and transparent and accountable to those claims. And I think that’s something that’s come out from the conversation around that book.

I was doing fieldwork long before that book was published, so it didn’t affect the work in and of itself. I think that one thing is that I had always thought about hiring a fact-checker for this book, and I did in the end. I think I probably would have done that regardless, but I think that the reception of that book influenced that decision, too.

Singal: You and Goffman have pretty different views of the fact-checking process. I interviewed her, and she said that if one of her subjects said, “I went to court facing this charge,” that would go in the book, and she thought her subjects’ understanding of their situation mattered a great deal, regardless — to a certain extent, at least — of whether it matched up with the legal reality. So some of the differences between how your book and hers approached fact-checking are a bit philosophical. But it is a resource thing, too, right? It took you a lot of money, and money in the form of time, to fact-check everything in Evicted.

Desmond: It takes a lot of time. It takes an enormous amount of time.

Singal: So it’s not crazy to say that, materially, fact-checking was quote-unquote “easier” for you, as someone further along in his career and who had access to more resources, right?

Desmond: I think there are ways that graduate students can fact-check their work. I think there are ways that we can do this that don’t require massive amounts of resources. So let’s say you and I were in grad school together and I was doing an ethnography — I could give you my fieldnotes and you could do the same for me, and we could fact-check [each other’s] claims, and we could write that in our publication so that we hold each other accountable for that. That could be rather costless. It does take time — it does take time. But again, like, I think we have to be obsessive about the truth and go to whatever lengths we can to get it.

Singal here is giving a fundamentally misleading account of the criticisms I and Steve Lubet have made of On the Run.

Those criticisms have nothing whatsoever to do with matters of fact-checking, any more than criticisms of Michael LaCour were based on claims of inadequate fact-checking.

How was Goffman supposed to “fact-check” whether she fabricated several incidents in On the Run — incidents regarding which she provides compelling first-person accounts? I believe it’s now clear beyond a reasonable doubt that she did exactly that. Singal’s attempt to re-frame the controversy as some sort of methodological squabble over how a researcher is supposed to go about confirming and/or presenting things she has been told by her informants seems incomplete to the point of disingenuousness (ETA: On reflection, “flatly dishonest” is too harsh. I agree with a commenter that he should have mentioned that many of the criticisms of Goffman have nothing to do with fact-checking, but rather with fraud).

. . . On the other hand, another commenter points out that Singal led off his take on Gideon Lewis-Kraus’s NYT puff piece with the question, “What is the right way to respond to a witch hunt?” In that regard, “flatly dishonest” is right on the money.