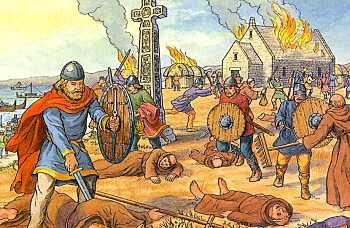 It’s the only reasonable explanation for the administration’s basically fascistic attempt to stop the federal government from shoveling tens of billions of dollars into the coffers of university administrators every year with no strings attached:

[To] be sure, Obama’s higher-education reforms are embryonic, and they are also not the only conceivable way to fulfill the ambition of imposing accountability onto tuition subsidies, but . . . the administration is creating ways to help prospective students compare the effectiveness of different colleges, and metrics to impose accountability on them.

Luckily, the defenders of Freedom are already on the ramparts:

Congressional Republicans actively oppose this agenda. Alec MacGillis has an excellent report today on the emerging alliance on Capitol Hill between the higher-education lobby and the majority party in Congress. The higher-education lobby wants to block the federal ratings system and increasingly opposes any steps the administration would take to ensure that tuition subsidies fulfill their intended purpose.

Most of the traditional higher education lobbying groups signed onto a recent letter to Congress stating their support for Republican legislation that would block the new restrictions on for-profit colleges, as well as undo or weaken other accountability rules for colleges. And a new report on higher education regulation commissioned by the Senate and overseen by the American Council on Education, the leading lobby group for traditional schools, slammed the rules on for-profit colleges as part of a broader critique of the administration’s approach.

But how can this be? Aren’t Republicans in favor of accountability and efficiency and The Market (blessed be its name) etc? Well yes, but there’s a more fundamental principle at stake here, which is that society’s most successful producers should be rewarded for their labors:

[T]he health-care fight has showed that, once a government role has become entrenched, it is easy for incumbent industries to frame no-strings-attached funding as a “conservative” position. That is the strange ideological alchemy that turned the Independent Payment Advisory Board, which empowers experts to limit wasteful Medicare spending, into “rationing” and end-of-life counseling into “death panels.” The new Republican idea is to keep the government’s hands off your tuition subsidies.

On a related note, I got an email from someone seeking advice, who has been offered a $150,000 “scholarship” (actually, a cross-subsidized tuition discount) to attend Yeshiva University’s Cardozo Law School, which is located in lower Manhattan. This person plans to fund their law school attendance with federal loans. I ran the numbers on Georgetown’s excellent law school debt calculator, and discovered that an $150,000 scholarship will leave a 2015 Cardozo matriculant with approximately $126,000 in debt at repayment, six months after graduation.

How can this be? Here’s how: Cardozo hasn’t published its cost of attendance for 2015 yet, but if we assume a 3.5% increase over this year (this is conservative), the school’s COA this fall will be just under $83,000. Once you add in COA increases for the second and third years, along with interest and origination fees on federal loans, you’re up to $126,000 of debt by the time you get your bar results (and this doesn’t include another nine months worth of summer expenses, which aren’t included in the school’s estimated COA).

Here we see another invidious effect of turning America’s greatest cities into playpens for the .1%: people who go to school in these places end up with six figures of debt, even when they’re going for “free.”