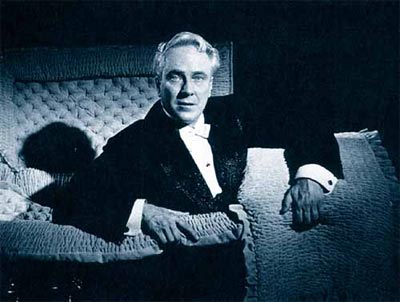 Law schools for the last twenty years have been testing the elasticity of demand for their product. As tuition has increased each year, outpacing even the rate of inflation, law schools have been pressing toward the point where significant numbers of college graduates may decide that it makes good economic sense to seek less expensive forms of graduate education or forgo additional credentials altogether.

Research to date has yielded no firm answer to the question of how elastic the demand for legal education is. Superficial evidence, however, suggests that demand has proven amazingly inelastic with reference to price.

John R. Kramer, “Will Legal Education Remain Affordable, By Whom, And How?” Duke Law Journal

This article, written by the dean of Tulane’s law school, is a good example of how certain critics of the status quo in American legal education are prone to abuse statistical extrapolation to reach absurdly alarmist conclusions, in the pursuit of obscure agendas that deserve further investigation.

Kramer points out that average private law school tuition increased by 60% in real dollar terms between 1974 and 1986, to reach the startling total of $8,230. This is admittedly a massive increase in the real price of law school attendance, but Kramer’s claim (p. 244) that if private law school tuition increases by an average of 7% per year in nominal dollars between 1986 and 2000 it will be more than $21,000 (!) by the turn of the century is absurd on its face.

What Kramer fails to take into account is that the period between the mid-1970s and mid-1980s featured a very unusual combination of social and economic factors, which produced increases in real tuition that are so obviously unsustainable going forward that any extrapolation based on this period is the equivalent of claiming on the basis of similar statistical “reasoning” that two or three decades from now university presidents will be getting paid seven-figure salaries, with, we must suppose, most of the teaching at their institutions being done by the academic equivalent of drastically underpaid temp workers, in order to help fund this hypothetical orgy of administrative compensation.

The problem with this kind of thing is that it has no logical end point: as someone once said, extrapolation is the crack cocaine of the statistically-minded. After all, why does Kramer stop his extrapolation fourteen years into the future? Because 2000 is a nice round number? Why not extend his analysis out another fourteen years, and conclude that, if the extraordinary circumstances that led to a 60% rise in tuition in real dollars since 1974 continue until then, private law school tuition will average, assuming historical rates of inflation, $43,000, and that, if the gap between the average and the highest rates remain constant, some sufficiently audacious school will be charging $60,000 in tuition and fees?

Similarly, Kramer notes that over the last 12 years student-faculty ratios at ABA schools have declined by 17.5%, from 29.5 to 24.2 to 1. Why doesn’t he keep playing the same statistical game, and inform us that, given this trend, that ratio will be 13.5 to 1 fourteen years into the coming century? And who exactly is going to finance this parade of horribles, and how? Is Dean Kramer’s theory that students are going to take on $150,000 in debt to get a law degree, and that the government will simply loan anyone admitted to law school whatever amount of money law schools choose to charge?

In short, to state Kramer’s thesis is to refute it. All this makes one wonder what Kramer’s real agenda must be. In any case, someone should remind Dean Kramer that alarmism in the putative service of fiscal prudence is no virtue.