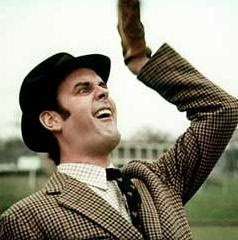 Recently PrawfsBlawg inadvertently held an impromptu Upper Class Twit of the Year competition, when a thread about law school faculty hiring veered into a discussion regarding entry-level salaries for law professors, and specifically about whether these were munificent enough to allow someone to raise a family. Such entry-level salaries (counting summer money, which for 90% of legal academics and 100% of pre-tenure people is effectively part of their salary) currently range from $100,000 at very low-ranked schools to around $185,000 at elite schools, with the average being around $130,000 to $140,000. These sums were described as “dismal if you have a family to support” by one commentator, which triggered a debate regarding just how great the financial sacrifices (sic) legal academics make actually are.

While a number of commenters took the author of the “dismal” characterization to task, others jumped to his or her’s defense:

The salary’s pretty dismal when you consider the current barriers to entry — roughly $210,000 in student loans followed by 1-2 years clerking, 1-3 years of private practice, and 2 years of fellowship/VAP. Assuming one year of clerking, two years of private practice, and two years of fellowship/VAP that comes out to approximately $110,000 yearly average salary pre-academia (it’s actually even worse when you consider the lousy tax impact). That’s not really enough, especially for someone supporting a family (see, e.g., http://www.calcxml.com/calculators/student-loan-repayment?skn=#results). Practically-speaking, this makes legal academia a pretty rough financial option for the typical applicant who has to support a family.

All this reminded me of University of Chicago law professor Todd Henderson’s lament that it’s hard out here for a family in Hyde Park scraping along on a combined income of around $400,000 per year (btw the perpetual race for most obnoxious member on the U of C law faculty is academia’s version of the 1978 Belmont.)

Anyway, the government just published figures on wages in America in 2012. Some highlights:

153.6 million Americans earned wages last year. This means that just under 40% of all Americans 16 years or older earned no wages in 2012 (there were approximately 252 million such people in the country last year). Breaking down these figures into income categories:

The last three statistics drive home a point that remains largely invisible among the privileged classes (defined here as social contexts in which people have arguments about how difficult it is or isn’t to support a family on a low-six figure salary). We read that the unemployment rate is down to 7.0% and think that doesn’t sound too bad — after all 93 is a lot larger than seven. Except:

40% of people with jobs are working for poverty-level wages.

Nearly three out of five adult Americans made basically no money at all last year (No money at all being defined as less than $10,000. BTW less than 13% of the population is 65 or over, and 65 is increasingly becoming a constructive rather than an actual retirement age).

If a “good job” is defined as one that generates wages of $50,000 (a figure that needless to say would make many of the people in the Prawfs thread shriek in agony at the mere thought of trying to survive on a third world income), then fewer than one in six adult Americans currently has a good job.

Update:Atrios’ points out that even a law professor entry-level salary may not be that comfortable if one has $210,000 in educational debt, as apparently the commenter quoted in the Prawfsblawg thread has. This is true, but it also points to other ironies:

(1) Law school debt is that high, in part, because of significant increases in the faculty salaries that the commenter thinks are low (Although to be fair this is a relatively minor factor in skyrocketing tuition costs. A bigger factor is the radical decline in student-faculty ratios, which of course provides faculty with non-pecuniary compensation increases — lower teaching loads, smaller classes, etc. Also, current graduates of the primary feeder schools for legal academia — Harvard, Yale, and Stanford — who take out law schools loans take out an average of $110,000 to $125,000, while 20% of the graduates of these schools graduate with no law school debt at all). But that irony pales before this one:

(2) If the Prawfsblawg commenter snags a low-paying entry-level legal academic job and keeps it, he/she will never have to pay any of the principal on his/her loans. Here’s how it works: assuming the loans are federal (as essentially all law school loans have now been for several years), then the commenter can go on PAYE and PSLF, because 196 of 202 ABA law schools are “non-profits,” and therefore becoming a law professor, for legal purposes, counts as a form of public service work! This means that instead of paying $2,500 per month for ten years or $1,560 per month for 25 years — the sums the commenter would have to pay to retire $210,000 of educational debt under the standard ten year and extended 25 year plans — the commenter will start off only having to pay $690 per month, which barely covers half of the interest on them. After ten years, assuming COL raises, the commenter will have close to $300,000 in principal debt — but at that point the debt will be forgiven, and the forgiven sum doesn’t even get imputed as income for tax purposes, as it would if the commenter had been in the private sector (also PAYE doesn’t forgive debt for private sector workers until after 20 years of payments, not ten). Nice work if you can get it . . .