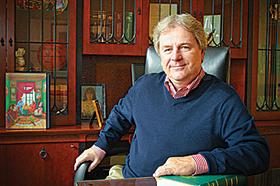 If you want a glimpse into the short-term future of American legal education, take a look at what New England Law did this year with its entering class. NEL has, even by the standards of low-ranked law schools, atrocious employment statistics: only a little more than a third of the 2011 class got legal jobs (full-time long-term bar admission required; and this figure is bolstered by 15 people who listed themselves as starting solo practices), one in five graduates was completely unemployed, only four graduates out of 308 got jobs with law firms of more than 50 attorneys, and the median reported salary for the class was around $50,000, even though less than 25% of the class had a reported salary (Given these stats, it’s likely the true median salary for 2011 graduates of NEL was under $30,000.)

NEL has raised its tuition faster than almost any other private law school in the country, nearly doubling it since 2004, from $22,475 to $42,490 (these figures don’t include health insurance, which will run students close to another $2,000 if they purchase it from the school, and which they’re required to have under state law). The 2011 class had a mean reported law school debt of $120,480, but keep in mind this figure doesn’t include accrued interest, private non-government guaranteed loans, and other educational debt. Taking these factors into account, the average 2011 graduate almost certainly had at least $150,000 in educational debt, and quite possibly as much as $175,000.

The large majority of NEL grads aren’t getting legal jobs, and almost everyone who does get a legal job isn’t getting one that justifies the cost of attending the school. So what did this institution decide to do this year, given these extraordinarily dire statistics? If you guessed “raise tuition more than twice as fast as inflation and increase the size of the incoming class by 17%” you win a prize. NEL increased its incoming class from 385 to 452 students. It achieved this, while applications to law school in general were plummeting, by dropping the median LSAT score of full-time matriculants from the 53rd percentile to the 41st percentile, and that of part-time students from the 41st percentile to the 33rd (fully a quarter of the part-time admits had LSAT scores below the 26th percentile of test takers).

But we haven’t even gotten to the punch line yet, which is that the dean of this monument to catastrophic market failure is John O’Brien, who was none other than the chair of the ABA Section of Legal Education and Admissions to the Bar during the 2011-12 academic year — that is, the section of the ABA that is supposed to be regulating the conduct of accredited law schools. (O’Brien was paid $867,000 by NEL in 2010-2011).

What we have here, in other words, is the academic equivalent of what in the world of finance is known as a pump and dump operation. With an eye for the main chance that would make the likes of Whitey Bulger proud, O’Brien, who has been dean of NEL for 24 years, seems to have decided that he might as well get while the getting is good. With unlimited federal loan money there for the taking, NEL continues to jack up tuition as fast as it can, while tossing any semblance of admissions standards out the window, and not even pretending to care whether graduates are taking on life-wrecking amounts of debt in return for degrees that will rarely produce returns that justify their cost, and which indeed in many cases are going to be worse than worthless.

And while it’s true that if something can’t go on forever, it will stop, there’s still at the moment nothing to stop people like O’Brien from running educational boiler rooms. Yes the whole thing is starting to crash, but in the meantime there’s still money to be made, and lots of it. (My guess is that, as fiscal reality slowly sets in, a lot more law schools will stop trying to hold their LSAT medians, and instead admit whoever they have to admit to keep classes from shrinking even further.)

I suppose in a perverse way it’s a positive sign that a “special board” was appointed last year to make sure that O’Brien’s astronomical compensation — his salary is around three times larger than average for a law school dean — is warranted.

The only actual achievement cited by the review board is that, like a lot of bottom feeding schools, NEL has been turned into an apparently effective three-year bar review course.

NEL makes a very big deal of the fact that it spends lots of student tuition on paying SCOTUS justices to give little talks and such. There is to put it mildly zero evidence that this has produced any “elevated prestige” for the school.

The best part of this is citing heading the ABA Section of Legal Education as evidence that this guy is “strengthening the field” (the field, remember, being the practice of law) overall. Just imagine how bad employment stats for lawyers would have become if John O’Brien hadn’t been strengthening the field by running the Section of Legal Education.