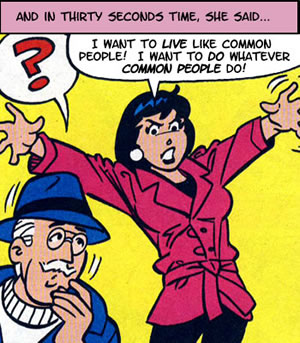 As you’ve probably heard from your favorite right-wing think tank by now, nearly half of all Americans pay no federal income taxes. The usual reason is that these people don’t make much money. They are, as we like to say at LGM, “takers” rather than “producers.”

Leave it to Mitt Romney to be far-sighted enough to try, while contemplating a presidential run, to find out how the other half lives. What would it be like, Romney wondered, not to pay any federal income taxes? It seems as if Romney may have gone even further in his personal journey into the lower depths, and paid no federal taxes of any kind in 2009.

Now Romney may have not gone quite that far. Perhaps he paid 3% or 5% of his income in federal taxes. (It would be irresponsible not to speculate.)

In any case he should be praised for trying to live like common people live.