My wife just received a certified letter alerting me to the odd news that I’ve somehow received tenure and promotion to the rank of associate professor. 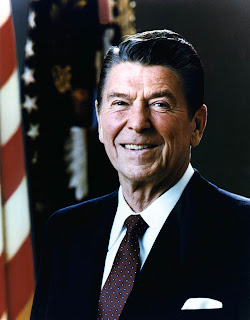 This is great news for a variety of reasons, not the least of which is that my deeply conservative political views — which I’ve successfully veiled for the past two decades — can now breathe comfortably in the highly oxygenated atmosphere of academic freedom. It’s been a tough road. During my undergraduate years, I struggled to maintain an affected loathing for Ronald Reagan and George H.W. Bush and an equally feigned approval of tax-and-spend liberalism. To avoid losing the confidence of my English- and History-major friends, I celebrated the introduction of inferior literature to the canon; I decried transparently valid national security positions as “Peace Through Strength”; I mocked the swarm of yellow ribbons that helped sustain the nation during its fisticuffs with Saddam Hussein; I howled like a wounded goose as Clarence Thomas ascended to the Supreme Court. Prior to graduating, I wrote a pupil-dilating thesis on the 19th century socialists who lived at Brook Farm — realizing all the while that their gentle, agricultural fumblings masked an authoritarian, leveling sensibility that, cast broadly, would have turned the antebellum United States into a brutal, unitarian gulag. All of this I did because I understood that our liberally fascist graduate schools would never consent to admit a genuine conservative into the lower ranks of the academy.

By the time I entered my Ph.D. program, the ruse was second-nature; I wielded my liberalism in the fashion of two mighty, robotic claws, grafted to my arms at the elbows and upholstered with a synthetic sheath that carried the appearance and sensation of actual human skin. And so — part-man, part-liberal — I shook my fists at God’s blue sky for an agonizing eight years. From one seminar echo chamber to another, I sharpened my craft on the whetstone of nihilistic theory — poststructuralism, Marxism, postmodernism, feminism, postcolonialism — before turning them on my students, whose brows I pounded relentlessly with an array of manufactured grievances. Those who molded their beliefs to my framework of godless, anti-nationalist disdain earned their pieces of silver; the right-thinking ones I drove into demoralized hibernation. After composing an inferior slab of a dissertation, I completed my doctorate in October 2001. My oral defense was devoted mostly to ridiculing George W. Bush and evaluating the ways that I, with my newly-minted doctorate, might serve the cause by weakening the nation’s resolve in the face of the Islamofascist menace. And so it was determined that I would be most usefully placed in the geographic margins, where — unbeknownst to the rest of the nation — a bold, conservative woman was completing her second term as the mayor of a small town called Wasilla. Over the next seven years, I continued to function as a conventional left-liberal academic, espousing views in print and in the classroom that I knew to be false but which I also knew would earn me the strategic confidence of my peers. I even joined a couple of liberal blogs, where I sustained the deceit on a near-daily basis. All of this, once again, was for the greater good. When the time came, I valiantly labored to upend the vice presidential aspirations of the governor whose state university has now offered me a perpetual source of income. As a fake liberal, I did this to help bring about the election of Barack Obama, whom I was supposed to presume would correct the pernicious historical infractions of the previous regime; as a genuine (albeit sub rosa) conservative, I did this — well, to help bring about the election of Barack Obama, who I knew would destroy the nation so that it might one day be saved by a new generation of conservatives like Sarah Palin and Bobby Jindal.

Now that I am tenured, the full scope of my deception — and its thoroughly defensible rationale — can at last be revealed. I look forward to a long and successful career atoning for the gross ideological errors I adopted out of necessity. I look forward to purging my lecture notes of the corrosive influence of Chairman Mao, Che Guevara, and Ward Churchill. I look forward to telling the truth about the Civil War, the Great Depression, Vietnam, the Clenis, and the triumph of neoconservatism. And yes, I look forward — at long, sweet last — to tea-bagging a liberal before he or she might crouch to teabag me.