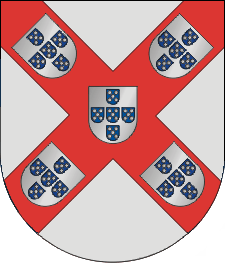 Circa 1377, the twenty year old man who would become King John I of Portugal begat a son with a woman who was either the daughter of a Jewish cobbler or a descendant of Charlemagne (who knows; perhaps both?) Some eight years later, John (himself a bastard) would ascend to the throne following the death of his brother and a couple of years of political instability. Afonso, John’s bastard son, was shortly joined by a sister, and later by nine half-brothers and half-sisters, six of whom survived infancy. One of these half-brothers eventually became King Duarte of Portugal, and another became Prince Henry the Navigator.

Afonso enjoyed considerable influence in Portugal, and after the death of his brother King Duarte became the favorite uncle of young Afonso V. The regent for Afonso V was Pedro, another of the elder Afonso’s half-brothers. There was

considerable tension in the royal household, which Pedro tried to resolve in 1443 by creating Afonso the first Duke of Braganza. It didn’t work out; after Afonso V assumed power, there was a civil war and Pedro was killed. In any case, the elder Afonso’s heirs retained the title Duke of Braganza, and continue to claim it today.

House Braganza established claims to the throne of Portugal in 1483 and again in 1580, but in both cases these claims failed. In 1580, the succession crisis was resolved by the assumption of power of the Habsburg King of Castile, Philip II (who reigned as Philip I of Portugal). This arrangement lasted sixty years, until the Portuguese forced the Spainish out in the Restoration War of 1640, and placed John IV, Duke of Braganza, upon the throne. Among John more interesting descendants was King Jose I, who was so unnerved by the Great Lisbon Earthquake of 1755 that he never again felt comfortable inside walls, and conducted royal business from what amounted to a tent city.

Mr. Trend sufficiently covered House Braganza’s Brazilian travails last week. Pedro IV (Pedro I of Brazil) briefly resumed the throne of Portugal in 1826 following the death of his father, but soon gave it up to Maria II, his seven year old daughter. Maria was shortly thereafter deposed and replaced by Pedro’s brother Miguel, a conservative admirer of the Habsburgs. Miguel launched the customary reign of terror upon his return, but was driven out in 1834 after a three year civil war, whereupon Maria II resumed the throne. Miguel’s descendants were constitutionally prohibited from resuming the throne, an issue to which we will return shortly.

In 1889 Carlos I ascended to the throne upon the death of his father, Luis I. Portugal was in some financial difficulty, with its diminished colonial possessions proving a bit of a drain on the metropol, and Carlos I was not the man to solve this problem. In 1908, six years after the second national bankruptcy of his reign, Carlos I, his wife, and his two sons were attacked by assassins while traveling in an open carriage. The assassins killed the King, mortally wounded the crown prince, and injured the nineteen year old Prince Manuel. Manuel survived to become King, a role for which he was utterly unprepared. Two years later a coup drove the King from power, ending the rule of the Braganzas over Portugal.

Manuel II died in 1932 without issue. During his period in exile, Manuel had struck a deal with the heir to the Miguelist line, one Duarte Nuno, such that the latter 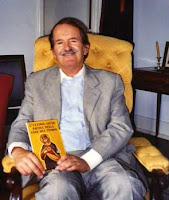 would support the former’s claim to the throne in return for recognition as the legitimate heir. The grandson of Miguel, consequently, became the heir to the throne; the constitutional prohibition was hardly the most important obstacle to his resumption of the throne. Duarte Nuno died in 1976 and was succeeded as pretender by Duarte Pio, who was born in Switzerland in 1945. Duarte Pio’s godparents were none other than Pope Pius XII and Queen Amelie, last Queen of Portugal. Duarte Pio relocated to Portugal in the 1950s, and fulfilled his military obligation as a helicopter pilot in the Portuguese Air Force in Angola. More recently he campaigned for the independence of East Timor. Prospects for a return to the throne appear grim; the only monarchist party in Portuguese politics is very small, and does not support the candidacy of Duarte Pio because of his Miguelist lineage. 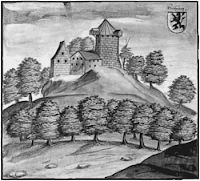