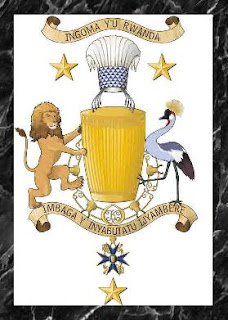 The Kingdom of Rwanda emerged in the 14th and 15th centuries in the great lakes region of Africa. The territory that would become the modern state of Rwanda included both farmers and herders, the latter possibly having migrated to the area after the former. Delving into the nature of the Kingdom of Rwanda would take far more space that I have available; in short, the state privileged an ethno-socioeconomic minority called the Tutsi over the majority Hutu. The Tutsi were, more or less, herders while the Hutu were, more or less, farmers. The monarchy was predominantly a Tutsi institution, as was the bulk of the nobility, although the existence of some Hutu nobility and significant evidence of permeability between the two groups puts the lie to any clear cut ethnic division. The Kingdom steadily expanded both its territory and its administrative capacity into the mid-19th century, when it became the object of colonial competition. While the royal family itself traces its lineage to the eleventh century, modern historians appear to prefer a later dynastic origin, and the lack of written records makes any investigation beyond the sixteenth century difficult.

In 1890, Germany declared its possession of the Kingdom of Rwanda, among other territories. By 1894, actual Germans began entering the territory, and an administrative system was set up before the turn of the century. The German footprint in this area (as opposed to some other parts of Africa) was relatively light, however. In 1916 Belgian forces entered the Kingdom and displaced the Germans, although King Yuhi IV had thrown in his lot with German forces. The Belgians were granted control over Rwanda and Burundi after the end of World War I. Although the Belgian footprint was, like the German, initially light, the Belgians nevertheless steadily increased their control through the 1920s and 1930s. In particular, the Belgians wanted a simple and understandable cognitive map of Rwandan ethnicity, and thus shifted the Hutu-Tutsi distinction from one that had involved ethnicity and class to a solely ethnic definition. This would later have disastrous consequences, although not so much for the Belgians. 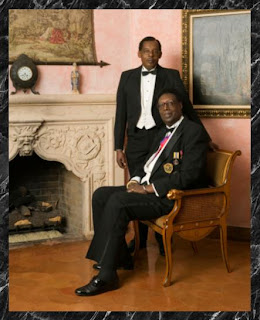 Yuhi IV was king of Rwanda for most of the German period and for the early Belgian period. He leveraged German support to increase the power of the monarchy over other social groups in Rwanda. This worked well enough for awhile, but the Belgians took a greater interest in administration and pushed Yuhi out in 1931. Yuhi was replaced by his son Mutara III, and the monarchy fell into political impotence. Kigeli V succeeded to the throne on the death of his brother in 1959, and reigned over the return of Rwandan independence. A Hutu led coup in 1961, while the King was visiting Kinshasa, overthrew the King and ended the monarchy.

Since his overthrow, King Kigeli V has lived in Tanzania, Kenya, Uganda, and the United States. He has remained an active commentator on Rwandan politics, and has spoken out on many occasions since the 1994 genocide on the need for Rwandan unity. Kigeli continues to actively seek a return to the throne. President Paul Kagame of Rwanda met with the King, and invited him to return to Rwanda as a private citizen, but Kigeli has said that he will only return as a constitutional monarch. Kagame said that he would take the issue under advisement. Prospects for a return to the throne appear grim. Although Tutsi forces now control Rwanda, the monarchy evokes colonial and pre-colonial unpleasantness.

Trivia: In addition to one of the two current claimants, four of the final sixteen monarchs of which dynasty were women?