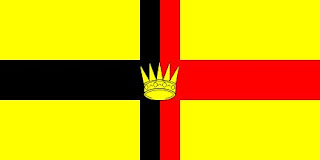 In 1841, a previously unsuccessful British adventurer named James Brooke arrived in Brunei. Having served in the army twenty years before, Brooke had decided to purchase a schooner with his inheritance and make his career as a trader. At this he was less than fully successful, but his arrival in Brunei would open the door to a new career. The Sultan of Brunei was in the midst of difficulties with interior tribesmen, and Brooke found himself in a position to assist. The grateful Sultan, after some intimidation, named Brooke the Rajah of Sarawak, the territory of which made up most of the north and west of the Sultan’s domain. Brooke would steadily annex more territory from Brunei, eventually rendering his kingdom much larger than its mother country. 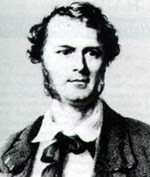 When Brooke died in 1868, he was succeeded by his nephew Charles Anthony Brooke. The Brookes made some administrative reforms and assisted in the fight to quell piracy, but their authority lay lightly over native institutions. In 1888, Charles Anthony Brooks accepted a British protectorate over Sarawak, formally incorporating the state in Britain’s Far East security scheme. Some infrastructure investment made possible the discovery and exploitation of oil, and the establishment of a parliament. 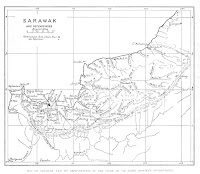 Charles Vyner Brooke succeeded his father in 1917, and continued to rule as his predecessors. The expansion of rubber production in Sarawak further benefited the local economy, but the presence of both oil and rubber would make Sarawak a tempting target. In December 1941 Japan invaded, and Brooke fled to Australia with his family. Small numbers of Sarawakan and Indian troops were quickly overrun, and the Japanese administered Sarawak until 1945. The merchant marine of Sarawak was incorporated into the British war effort, however, including the royal yacht, SS Vyner Brooke. SS Vyner Brooke picked up a contingent of injured soldiers and Australian nurses from Singapore just before the city fell. Unfortunately, Japanese artillery shelled and sank the ship, killing many of the nurses and soldiers. A large group of survivors escaped the wreck and arrived on Banka Island, which was also controlled by the Japanese. While a contingent from the ship left to try to surrender to the authorities, a squad of Japanese soldiers encountered the main encampment. They proceeded to shoot or bayonet all of the wounded soldiers, then machine gunned the 23 remaining nurses. One nurse survived, was eventually captured, and gave war crimes testimony against the Japanese in 1947.

After the war, Charles Vyner Brooke returned to Sarawak and briefly reassumed the throne. The war had wrought serious political changes in Southeast Asia, however, and in 1946 Brooke decided to cede his claim on Sarawak to the British government. In return, he and his three daughters received a substantial pension. Prospects for a restoration to the throne are virtually nil. Anthony Brooke, the current heir, has renounced all claims on the throne. Also, Sarawak has ceased to exist as an independent state, having been incorporated into Malaysia. While some dissent against British (eventually Malaysian) rule existed in the past, a return to independence is unlikely, and independence under the Brooke family almost unthinkable.

Trivia: The two primary pretenders to which throne are respectively the manager of a corporate home shopping branch, and a history professor?