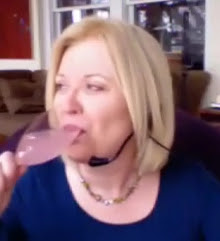 I suppose it would be too much to hope that she’ll drunk-vlog this event:

Blogging about legal issues is a growing phenomena and a wholly new format for legal dialog and exchange. The panel will investigate and discuss how legal discourse is impacted by the advent and growth in blogging . . . .

Ann Althouse: Ann Althouse is the Robert W. & Irma M. Arthur-Bascom Professor at the University of Wisconsin Law School and currently a Visiting Professor at Brooklyn Law School. She teaches and writes about constitutional law and federal courts. Since January 2004, she’s been blogging prolifically at Althouse althouse.blogspot.com which receives over 20,000 page views a day.

Let’s see. In Althouse’s last legal issues-related post, she defended Yale Law School’s decision to admit Elizabeth Wurtzel after her “literary” career sluiced deservedly through the grate. Offering her entirely predictable brief on behalf of talentless, dysfunctional loons, Althouse insisted YLS made the right move, since Wurtzel’s presence in the classroom promised to “spice up the mix.” The rest of the month’s entries appear to be the usual fare — half-witted posts about presidential debates, thrown together with slanty photographs of her latest cup of coffee.

If Althouse counts as a legal blogger, then I write birthday cards for Hallmark.