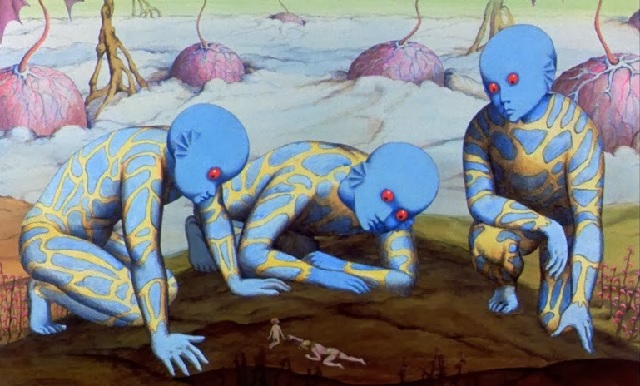 By Erik Loomis
|
In General
|
On October 22, 2017
I subscribed to Filmstruck awhile ago and have seen some pretty interesting films on it. But perhaps none as fascinating as Fantastic Planet, from 1973. A Czech animated film, except that the director (Renè Laloux) and language was French, this film, made in Prague and begun just before the Soviet invasion in 1968, follows the […]
Continue Reading