A holiday government shutdown appeared more likely on Thursday after President Donald Trump informed House Republicans he would refuse to accept a stop-gap measure — already passed by the Senate — that doesn’t include funds for his long-promised border wall.

What was once a deal to avoid a Christmas partial shutdown was torpedoed Thursday by conservatives and Trump, who unleashed fury at another agreement that stops short of providing the $5 billion the President has demanded for the border.
It was a closing burst of wrath in the final days of the Republican-majority House. If Trump cannot secure the money he is demanding for the wall now, it’s unlikely he will see a spending bill that meets his requirement for at least two years as Democrats assume control. 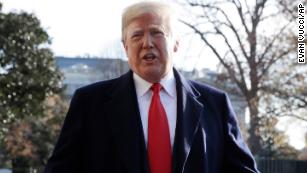 In reversal, White House shifts border wall funding demands, wants to avoid shutdown
The uncertainty sent lawmakers scrambling to devise a solution that could keep funds flowing to some government agencies after Friday’s deadline. It’s not clear if there are enough votes in the House for a bill that would include the $5 billion in border wall funding; in the Senate, where any measure will require 60 votes to clear procedural hurdles, there are almost certainly not enough votes.
Stewing at the White House, Trump ranted on Twitter that he’d been down a similar road earlier this year, only to find himself again in the same position. His press secretary said he wouldn’t move forward without the billions in funding for “steel slats or a wall.”

LOL I guess.  (A completely appropriate use of “ranted” by CNN.  Baby steps!).
Meanwhile, Susan Collins’s weekend is being simply ruined:

Republican Sen. Susan Collins almost dropped her handbag Thursday as she gestured disbelief at word, delivered to her by reporters in the Capitol, that President Donald Trump would not sign the budget extension to keep government funded until February unless border wall money was added.

“Did he just say that?” she asked as she left a Republican lunch. “Ugh, are you ruining my life?”
Collins was already headed to the airport to return home to Maine and wait for the drama to play out, when word came, via House Speaker Paul Ryan, who had met with Trump, that a government shutdown now seemed more likely.
“Boy, we can’t have government shut down. It’s never good,” she said. “How many times do we have to learn that?”

I weep for you, I deeply sympathize.