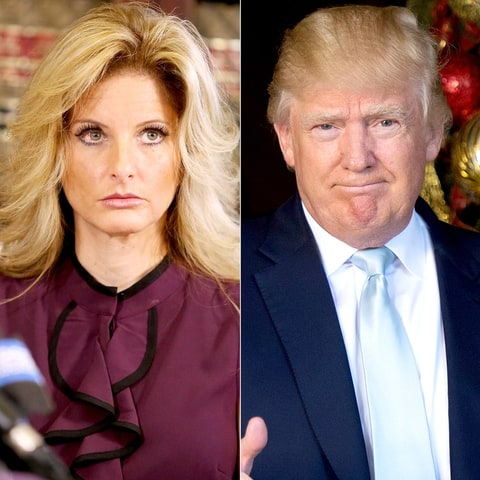 I’m not putting “allegedly” in scare quotes because I love the Rule of Law like that.

A former contestant on “The Apprentice” who previously accused Donald Trump of making unwelcome sexual advances toward her, kissing her on the lips and groping her in a Beverly Hills hotel filed a defamation lawsuit Tuesday against the president-elect over his denials of her allegations, CBS Los Angeles reported.

Summer Zervos announced the lawsuit at a Los Angeles news conference with her attorney, Gloria Allred, who represents multiple women who have made allegations of sexual misconduct by Mr. Trump. Mr. Trump has vehemently denied the allegations, and he specifically rebuffed Zervos’ accusations.

Zervos and Allred said they called on Mr. Trump in November in retract statements calling Zervos a “liar” and referring to her allegations as “fiction” and “fabrications.”

“I also called up on him to state that what I said about his behavior toward me was true,” Zervos said. “More than two months have gone by and he has not issued that retraction. I wanted to give Mr. Trump the opportunity to retract his false statements about me and the other women who came forward. Mr. Trump has not issued a retraction as I requested, he has therefore left me with no alternative other than to sue him in order to vindicate my reputation.”

“I want Mr. Trump to know that I will still be willing to dismiss my case against him immediately for no monetary compensation if he would simply retract his false and defamatory statements about me and acknowledge that I told the truth about him,” she added.

I wonder if there’s any relevant precedent regarding whether a sitting president can be sued for something he “allegedly” did unrelated to the performance of his office?

Leaving aside the snark for a moment:

(1) Summer Zervos accuses Trump of groping her and kissing her without her consent.  That’s sexual assault.  Sexual assault is a crime which is very hard to prosecute for all sorts of reasons, one of the biggest being that the state has to meet a standard of proof of beyond a reasonable doubt.  Here, Zervos must merely prove that it’s more likely than not that Trump was lying when he claimed that Zervos was lying.

(2) This case is a reversal of the standard New York Times v. Sullivan situation, because it’s the public figure that’s being sued for defamation.  (I doubt that Zervos is even a limited purpose public figure in this context, and even if she is the Sullivan standard seems irrelevant, since Trump actually knows whether his claims about her statements about him are true or not).

(3) Using a million-watt megaphone to lie about having sexually assaulted somebody is, independent of the assault itself, a horrible act that should be punished ruthlessly by the legal system, especially since the criminal law so often fails to punish sexual assault itself.

I hope and trust that we see several more of these in the coming months.