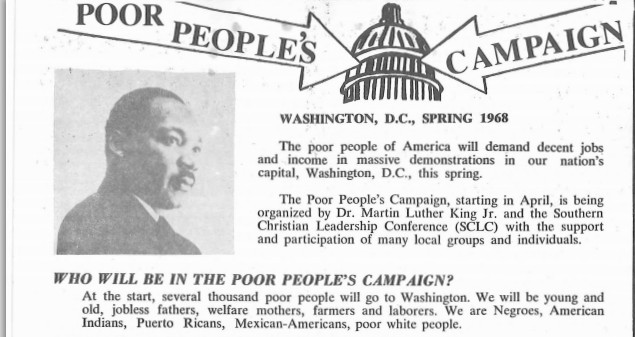 Currently there’s a fierce debate in the Democratic party and among what passes for the left in this country about the extent to which resistance to white nationalist authoritarianism, i.e., the contemporary Republican party, ought to focus on economic/class issues, or, supposedly in the alternative, what is called “identity politics.”

As many people are pointing out this is a false dichotomy.  This post is about some new data that highlight in the starkest terms two inexorably interrelated facts:

(1) Since the 1970s, the poor, the working class, and most of the middle class have seen (or rather failed to see, cf. the election of Donald Trump) essentially ALL the trillions of dollars of economic growth America has experienced over this time go, in ascending order of intensity, to the upper middle class, the middle upper class, the rich, the very rich, the obscenely rich, and the we don’t really have a word for that yet rich.

A fascinating and sobering new paper by Thomas Piketty, Emanuel Saez, and Gabriel Zucman lays out in great detail how in recent decades the benefits of economic growth have gone almost exclusively to those at or near the top of the SES pyramid.  The paper attempts to capture the changing distribution of 100% of national income, including earnings from labor, capital, fringe benefits, and government redistribution.  The authors divide the seven postwar decades into two equal periods.  Here is some of what they conclude:

From 1946-1980, pretax national income grew by 95%.  From 1980-2014 it grew by 61%.  So income growth slowed by about a third over the past 35 years compared to the immediate postwar period.  But the real story is the extraordinary shift in the distribution of income growth.

How’s that for a glimpse into the sources of economic anxiety?

Speaking of which, I’ve looked at census data on changes in household income to get an idea of the extent to which various social policies have managed to ameliorate the massive economic disparities between white and black Americans.  While it’s true that household income data do not provide as comprehensive a measure of income distribution as the data set put together by Piketty et. al., they still give us a clear enough view of the general picture.

It’s a commonplace of a lot of political argument in this country right now to claim that white working class resentment is based in the supposed economic decline of white America relative to the improving economic fortunes of black America. This relative decline is imaginary.

The census has recorded white non-Hispanic household income data (WNH) since 1972, so I’m using that time frame.  Note that in 1972 the Civil Rights Act was only eight years old, and affirmative action programs in education and employment had barely begun, so we would expect to find little or no evidence of decline in race-based economic disparities, even if such programs were going to be effective in lessening such disparities in the longer run.

Well what about that longer run, now that it’s been nearly 50 years since, according to the Republican party, every working class white man in America started getting robbed of his birthright?

I guess affirmative action must only working for upper class minorities.

And what about the working class? Let’s look at the 20th percentile of household income.

In case you’re wondering, in 2015 the 20th percentile of household income for white non-Hispanics was $25,894, which certainly explains why a lot of white working class voters are of the view that the economy isn’t working very well for them. On the other hand, the comparable figure for African-American households was $13,670, which ought to be a simply shocking figure, assuming anybody is capable of being shocked by anything any more in this country.

Fighting for economic justice in this country is fighting for racial justice, and vice versa.