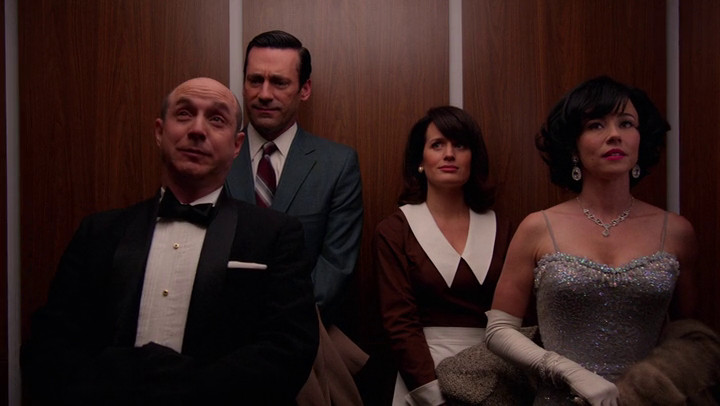 I didn’t know Scott Eric Kaufman well, but I knew him well enough to know that the refusal of the American university to find room for a scholar and writer and speaker of his talent is and will remain an abiding disgrace.

SEK (nearly a decade ago!) on blogging and intellectual life:

Over the past three years, I’ve learned what it’s like to write in a way most academics never have: namely, for an audience. If this seems like a simple point, that’s because it is. Nor is it one of those profoundly simple points, either: it’s straight simple. When a blogger sits down to slave on her dissertation, article, or book, she doesn’t turn her back on the public sphere. Because in the end, the public sphere is us.

I’m talking about the communities we currently have, only five years in the future, when we’re scattered around the country, unable to communicate face-to-face, but still connected, still intellectually intimate, because we’ll still regularly be engaged with each other’s thoughts. But I’m not only talking about us. There’s no reason our community needs to consist solely of people we knew in grad school. Why not write for people who don’t already how you think about everything? Why not force yourself to articulate your points in such a way that strangers could come to know your thought as intimately as your friends from grad school do?

The informal publishing mechanisms available online can facilitate such communication so long as bloggers write for an audience informally. Senior faculty might continue to orient their scholarly production to the four people whose scholarly journals don’t pile up in the corner of the living room, slowly buried beneath unpaid bills and unread New Yorkers. Whether they know it or not, bloggers write for an audience larger than the search committees we hope to impress. They have already started eye-balling the rest of the world, asking themselves how they can communicate with it without seeming to pander to it. By and large, this approach works. To draw from my own recent experience:

In the first week of October, I presented at the American Literature Association’s Symposium on Naturalism. My talk went well enough, but the conference itself was surreal: two tenured faculty members — both of whom wrote books I wish I’d written at institutions that would never consider hiring me — two tenured faculty members independently introduced themselves to me and acknowledged that they’ve read my blog, Acephalous, for quite some time. Flattering, but hardly surreal. However, they then told me that they almost didn’t introduce themselves because they were, and I quote, “intimidated.”

Tenured faculty intimidated by a graduate student. These professors obviously put some weight into what I’ve written on Acephalous and The Valve. So I turned to my audience for feedback, and one of my commenters made the obvious point: I have commenters. Most scholars don’t. They have people they need to impress and tenure files to fill; but I have sustained intellectual engagement with hundreds of people. As one member of it wrote: “In the land of the people who work on things only three people will ever read, the schlub with a somewhat popular blog is king.”

Perhaps, but I don’t want to sound like one of Adam’s blog triumphalists, because I consider the power of blogs to be supplementary and concrete: they provide atomized intellectuals a way to meet and remain in contact with fellow sufferers and their ideas. More importantly, they ensure you’re not forgotten.

“The public sphere is us.”  That thought is both inspiring and daunting at this particular historical moment: a moment in which the sudden loss of SEK’s remarkably diverse talents, exemplary intellectual courage, and unique rhetorical voice seems especially devastating and cruel.