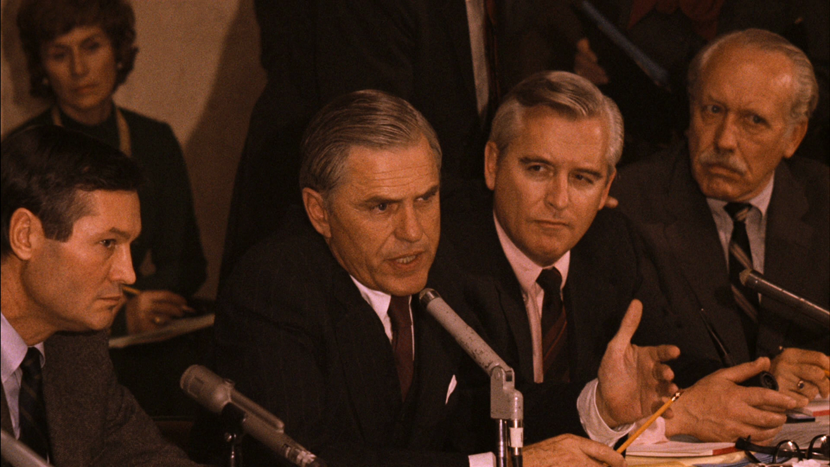 You can have my answer now if you like.

It’s the end of the Court as we know it (and I don’t feel fine):

But while the Republican blockade may lack any ­precedent, it, too, is probably well within the law. This is the problem. Americans like to imagine our form of government as a perfectly designed system of checks and balances that prevents any one branch from abusing its power. In fact, as the late Spanish political scientist Juan Linz pointed out a quarter-century ago, presidential systems nearly always collapse. Linz attributed America’s unusual ability to make its presidential system operate without violent coups to its weak, ideologically overlapping parties. But that signal observation, which was true when Linz made it, has grown less true over time, as the Democrats have moved somewhat leftward and the Republican Party has lurched far to the right.

It turns out that what has held together American government is less the elaborate rules hammered out by the guys in the wigs in 1789 than a series of social norms that have begun to disintegrate. Senate filibusters were supposed to be rare, until they became routine. They weren’t supposed to be applied to judicial nominations, then they were. The Senate majority would never dream of changing the rules to limit the filibuster; the minority party would never plan to withhold all support from the president even before he took office; it would never threaten to default on the debt to extort concessions from the president. And then all of this happened. . .

If Hillary Clinton wins in November and Republicans retain the Senate, they may feel shamed by their promises to let the voters decide the Court’s next nominee and give her a justice. Or maybe not — maybe some dastardly Clinton campaign tactic, or reports of voter fraud on Fox News, will make them rescind their promise. The Supreme Court could remain deadlocked at 4-4 for the remainder of her term, causing federal rulings to pile up and further fracturing the country into liberal and conservative zones with dramatically different constitutional interpretations. On some of the most contentious issues, there would be, effectively, no Supreme Court at all.

If Republicans win the White House and retain the Senate, Democrats would regard Scalia’s vacated seat as rightfully theirs and oppose any nomination. This will cause Republicans to abolish the filibuster altogether; then they will fill the seat, solidifying their control over all three branches of government.

A world in which Supreme Court justices are appointed only when one party has both the White House and the needed votes in Congress would look very different from anything in modern history. Vacancies would be commonplace and potentially last for years. When a party does break the stalemate, it might have the chance to fill two, three, four seats at once. The Court’s standing as a prize to be won in the polls would further batter its sagging reputation as the final word on American law. How could the Court’s nonpolitical image survive when its orientation swings back and forth so quickly? And given that the Court can affect the outcome of elections directly (like it did in Bush v. Gore) or indirectly (by ruling on the legality of partisan redistricting schemes, laws designed to inhibit voting by marginal constituencies, campaign-finance regulations, or labor’s ability to organize politically), with every election, the stakes will rise and rise.

The Supreme Court is a strange, Oz-like construction. It has no army or democratic mandate. Its legitimacy resides in its aura of being something grander and more trustworthy than a smaller Senate whose members enjoy lifetime appointments. In the new world, where seating a justice is exactly like passing a law, whether the Court can continue to carry out this function is a question nobody can answer with any confidence.