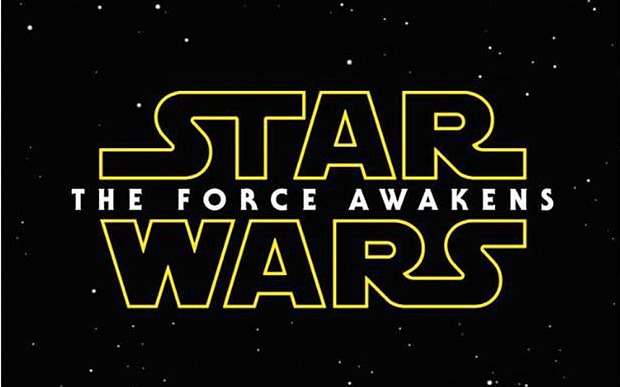 When near the beginning of Francis Ford Coppola’s Apocalypse Now, Capt. Willard is given his assignment to terminate Col. Kurtz’s command, his mission is explained to him by an officer played by Harrison Ford. The officer’s name is never mentioned, but the name tag on his uniform is “G. Lucas.”

Apparently George Lucas was originally slated to direct the film, and had some involvement in the early stages of its development. Apocalypse Now was released in 1979, in the wake of the phenomenal success of Lucas’s first Star Wars movie, and it’s hard to say if the name of Ford’s character is a respectful nod or a sardonic comment on Coppola’s part (the general in this scene tells Willard that “sometimes the dark side overcomes what Lincoln called ‘the better angels of our nature.'”).

The release of the seventh installment in the Star Wars series is being greeted by rave reviews. Many of these reviews note that the previous four films in the series varied in quality from really bad to utterly wretched, which would make this the first good Star Wars movie since the Carter presidency.

“Good” of course is a relative concept. The first two Star Wars films were entertaining semi-Sci Fi action films, but nobody would ever confuse either of them with anything that had serious aesthetic ambitions. The characters were thoroughly cartoonish, the writing was often sophomoric, and the plots were hackneyed in the extreme. They were fun movies, and certainly charming in their own unpretentious way, but comparing Star Wars and The Empire Strikes Back to films like 2001 or Blade Runner would be like comparing Tom Clancy to F. Scott Fitzgerald.

Which raises an obvious question: How did Star Wars become such a big deal, culturally speaking? Why does the franchise — which again, even most of its biggest fans admit consists of four pretty terrible movies out of six total — have such a vast and fanatical following? Why, for example, is Cass Sunstein, of all people, writing a book about Star Wars?

I have my own thoughts on the matter, but I would like to hear from LGM’s vast and fanatical fan base.

Updated: After reading all 391 comments, I’ve been reminded of all the reasons to love the original SW movies for what they are — in many ways brilliantly crafted pieces of pop culture (I don’t buy the Joseph Campbell stuff). Among other things I should have mentioned the music in the OP, which as Bianca Steele says is a kind of bubblegum Wagner, and extraordinarily effective. The passage of time has made the films iconic, and perhaps this new one will, unlike the wretched prequels, add to the affection so many people feel for Lucas’s original creations.