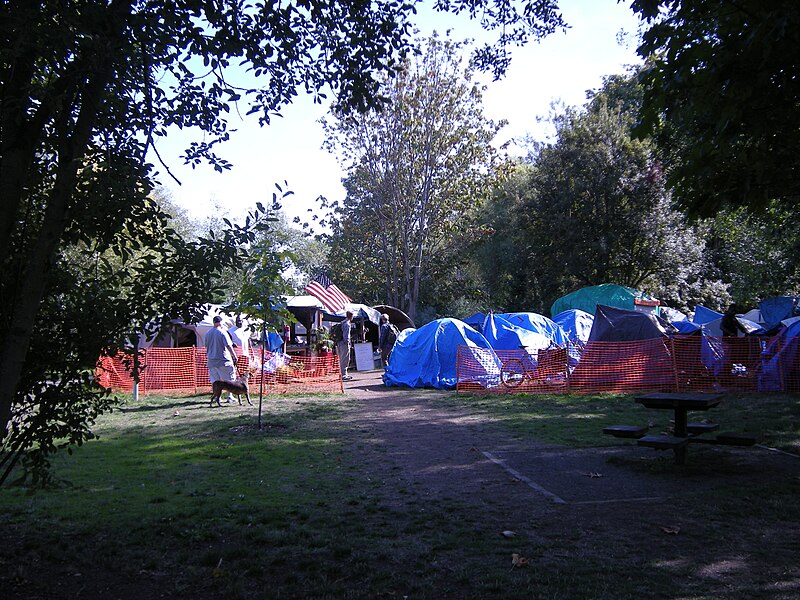 Erica C. Barnett has a gift for writing about NIMBYs that parallels Edroso on wingnuts: a light touch on the commentary with an eye towards the absurdity of it all, while not getting in the way of them hang themselves with their own words. (Great examples here, here, especially here.) The most recent NIMBY outrage is the overwrought reaction to the planned location of a homeless encampment on a block of city property in Ballard. (Danny Westneat, of all people, explains how unfounded the fears are here; more background here, on the charge that such places increase crime in the neighborhood see here) Barnett says what very much needs to be said here:

No one, including the few (mostly homeless, formerly homeless, or homeless advocates) who spoke in favor of the encampment, called the opposition “classist”–that, along with “racist,” is the third rail of Seattle’s white progressive politics–but whatever possible conclusion is there when a group of mostly upper-middle-class, mostly white, mostly homeowning residents gang up on a group of disenfranchised people sleeping on park benches or in their cars and say that they, as a class, are shiftless alcoholics and drug addicts (as if addiction was a choice) who contribute nothing to society and instigate crime and the loss of property values?

How else can we describe parents who say they don’t want their children exposed to a less-fortunate class of people, whose basic humanity is suspect because they haven’t pulled themselves up by their bootstraps into the middle-class existence so many of those wealthy homeowners received as their birthright? And what are we supposed to make of people who literally say they can’t be anti-homeless because they once took an individual homeless person into their home, just like your racist friend who says he can’t be racist because he gets along just great with the black people who serve him?

As someone who has often recieved a fair amount of pushback for suggesting that people’s stated desire to restrict to housing supply in their neighborhoods is motivated at least in part by classism, I can’t help but feel a little bit vindicated here. The mask slips a bit more often when it comes to homeless people, rather than ‘low income’ people generally.