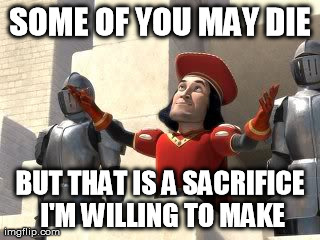 Yes, Robert Kennedy Jr. has made headlines again for, as the New Jersey Star Ledger put it in a hard-hitting editorial, “his crazy-talk about a vast government conspiracy to hide the truth that a vaccine ingredient called thimerosal causes childhood autism.” The Star-ledger goes on to correctly note:

He is wrong. Every major scientific and medical organization in the country agrees that he is wrong. Here’s all you need to know about thimerosal: There is no link between it and any brain disorders, including autism. To assuage fears, the government removed it from pediatric vaccines nearly 15 years ago, with the exception of a specific flu vaccine, and childhood autism rates have actually gone up since

But Kennedy is as disingenuous as he hyperbolic. Several weeks ago, I attended an event held at NYU’s law school, where Kennedy was appearing on a panel about thimerosal and vaccines. The event was combined with a screening of a documentary called, Trace Amounts, which Kennedy has been promoting. (The movie does not have a distributor, so it is being privately screened at various venues.)

Before the film was shown, Kennedy was introduced by an independent scholar affiliated with NYU’s law school. I took notes. Here’s how he started off: “I am fiercely pro-vaccine. I had all my children vaccinated. I believe that vaccines have saved millions of lives. But it is essential we have a safe vaccine supply.”

Notice the double talk and the inference–that our vaccine supply is unsafe.

Keith Kloor points out that when an elite academic institution gives someone like Kennedy a platform, it puts responsible journalists in a difficult bind:

Let me stop here for a second to point out the danger of media amplification of this tiny fringe element. It is for this reason that I held off on writing about Kennedy’s latest campaign–until now. It is a real quandary for journalists who are obligated to report newsworthy events, but who also don’t want to give undue attention to a tiny minority.

But the more headlines I saw Kennedy generating on his anti-vaccine tour, the more I felt obligated to weigh in on his latest shenanigans.

[A]nti-vaxxers turn out in droves. They are few in number—representing less than single-digit percentage points of most states’ populations—but extremely passionate. Their tendency to cluster means they remain a significant risk for supporting outbreaks of disease. They are organized by well-funded groups financed by family foundations. They still gather at rallies and fundraisers featuring disgraced doctor Andrew Wakefield, whose claim that vaccines cause autism was later found to be a complete fraud. Their voices are amplified by notorious anti-vax celebrity cranks such as Robert F. Kennedy Jr.

As a result of this disparity in activism, anti-vaxxers have been successful in defeating pro­–public health legislation that would eliminate some exemptions in a number of states, including Oregon, Washington, Vermont, and most recently, North Carolina. Bills in Texas, New Jersey, and California are still being hotly contested. Well-organized vaccination opponents flood legislators with a near-constant stream of materials of dubious scientific or legal validity. And, of course, Kennedy participates, traveling around to states in contention, promoting a conspiracy-theory documentary called Trace Amounts. This documentary focuses on the manufactured controversy surrounding thimerosal, an ethylmercury-based preservative that was removed from the vast majority of childhood vaccines in 2001. (Autism rates did not decline.)

Shame on NYU Law School for aiding these people.