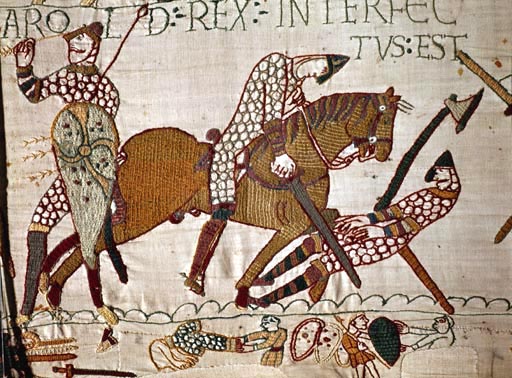 Yesterday I linked to a talk given last week by UC Irvine dean Erwin Chemerinsky on the future of legal education, in which Chemerinsky criticized Brian Tamanaha’s claim that law schools can and should spend much less money than they’re currently spending. Chemerinsky’s argument is that law schools cost as much as they do almost wholly because of personnel costs. Thus, according to him, the only way to cut costs significantly would be to have a law school with a small full-time faculty and a lot of part-time adjuncts, and that, in Chemerinsky’s words, “wouldn’t be a very good law school.”

In other words, a good legal education is by its nature extremely expensive, and indeed there’s just nothing that can be done about that (Again, this really is what he’s arguing).

Chemerinsky is a well-known con law professor of a generally liberal-left orientation. I suspect that if somebody made a similar argument to support the status quo in regard to the extremely expensive American health care system, he would simply laugh in that person’s face, given that many nations with excellent health care systems spend far less than the US does on health care.

Let us go now, you and I, to gaze upon the financial history of one law school over the past 55 years. This sort of micro-analysis of a single institution within a much larger institutional system has its limitations, of course, but it also offers a vivid particular glimpse of one piece of the general story of what has happened to legal education, to public education, and to public legal education, in this country over the course of the past half century.

The law school whose finances I’m going to look at in some detail is the University of California Hastings. I chose Hastings for this exercise because it’s a free-standing public law school: the state’s oldest law school, Hastings is part of the UC system, but unlike the other UC law schools, it’s not part of a larger university campus, which means that the school’s finances are more easily accessible than those of the other California publics.

In addition, the history of the public financing of California’s higher education system is both complex, and, given the state’s economic and political prominence, of particular importance within national debates regarding the financial structure of public colleges and universities.

Everyone of a certain age, and/or who is a fan of Rick Perlstein’s books, is familiar with how Ronald Reagan employed attacks on California public universities as a key element in his rise within the Goldwater wing of the GOP. According to Reagan, the UC system was a breeding ground for subversion, in which the spoiled children of the latte-sipping elites (OK nobody in the US was sipping lattes in the 1960s — the Julia Child-watching elites? The feckless parents of Benjamin Braddock and his ilk elites?) indulged in mob-like long-haired dope-smoking rock music-listening protests, while paying zero tuition for the privilege of being indoctrinated by the likes of Herbert Marcuse and Dr. Spock, all courtesy of the overburdened California taxpayer.

Now one of the fascinating things about Reagan is the extent to which his political rhetoric was often not merely at odds with, but literally in an inverse relationship to, what the governments that he led actually did. Reagan was governor of California from 1967 to 1975. What happened to the state’s budget for higher ed during his tenure? If that line looks like it was going pretty much straight up during the years when Reagan was in Sacramento, that’s because it was (Note that these numbers are inflation-adjusted, and that I’m not pulling the classic stat graph trick of showing only a small range of values, to give the impression of a rapid rise).

Between the early 1960s and the late 1980s, California’s funding for higher ed increased at a truly remarkable rate, essentially without a pause, rising in constant dollars from $1.56 billion to $11.1 billion. For all his big talk, Reagan ultimately did nothing to even slow this process down, let alone reverse it. (A good illustration of how much the American political landscape has changed over the past 40 years is that California’s budget for higher ed rose at a breakneck pace under conservative icon Ronald Reagan, and has actually declined significantly over the course of conservative bete noire Jerry Brown’s second governorship).

Over the past 25 years funding for higher ed in California has seen two cycles of sharp declines, in the wake of the recessions of the early 1990s and the late aughts, with the net result being that the state’s total higher ed spending this fiscal year is only slightly higher, in constant dollars, than it was in 1990.

The effect of these long-term trends on the finances of the University of California Hastings Law School have been pronounced: During the golden era, school’s total state support grew even faster the average for schools in the California system, rising in constant dollars from less than $3 million in 1960 to $25 million in 1989. But when the lean years finally came, they hit Hastings particularly hard: during down cycles for state funding the school’s state support has been slashed severely, and the school’s taxpayer subsidy has recovered only very partially when overall state funding has climbed again, relative to the rest of the UC system. The net result is that Hastings’ overall state appropriation is now less than half of what it was at its peak in the late 1980s, in constant dollars.

Based on these numbers, the classic defense administrative defense for rising tuition at state institutions seems especially germane to Hastings. But the real story is quite a bit more complicated than that.

The following graph represents the combined total of UC Hastings’ annual tuition revenue and state appropriation, between 1960 and the present, again in constant, inflation-adjusted dollars: Lawyers may be no good at math, but you don’t need a Nobel prize in economics to figure out how the numbers in the last graph can be reconciled with those in the previous one: It’s true that, in the first five years of the present decade, Hastings has received an average of $12 million per year less in state funding than it received on average during the 1980s, in constant dollars. But the flip side of this particular coin is that the school has been collecting an average of $45 million per year more in tuition than it did 25 years ago, again in constant dollars.

Now to be strictly accurate, the disparity between the school’s average tuition in the 1980s and today is not quite this grotesque, because after “scholarships” — cross-subsidized tuition discounts — the average yearly difference in net tuition collected at the school between the 1980s and today is “only” around $36 million, in constant dollars. After crunching all the relevant numbers, including resident and out of state tuition, and total enrollment, it turns out that the average Hastings law student today is paying, after tuition discounts, about $37,000 per year more in tuition alone than the average Hastings student was paying in the late 1980s, again in constant, inflation-adjusted dollars (I have to keep repeating the latter phrase because sometimes even I find these figures difficult to believe).

This in turn means more than two-thirds of the rise in net tuition at the school between then and now is due to factors other than the — quite severe — cuts in state funding UC Hastings has suffered. (In other words, if the school’s state appropriation had never been cut from its historical high in the 1980s, average tuition in constant dollars at Hastings would be only five times higher than it was 25 years ago, as opposed to the seven-fold increase that’s actually taken place. Note this is average tuition for all students, resident and out of state, after tuition discounts. For in-state students, the average increase has actually been quite a bit higher).

How exactly did we get from there to here? That will be the subject of another post.

Hastings annual tuition and scholarship discounting is from ABA Annual Guides from 1996 onward, and from various sources prior to then, including the school’s annual magazine.