In socialist regimes, the championship trophy is handed first to the captain of the team. This unthinking brute imagines that he and his team mates are responsible for the victory that has just been achieved, and his society reinforces this destructive fantasy through its public rituals:

In America (or at least in the NFL, same difference), the trophy is first handed to the real producer of the triumph: 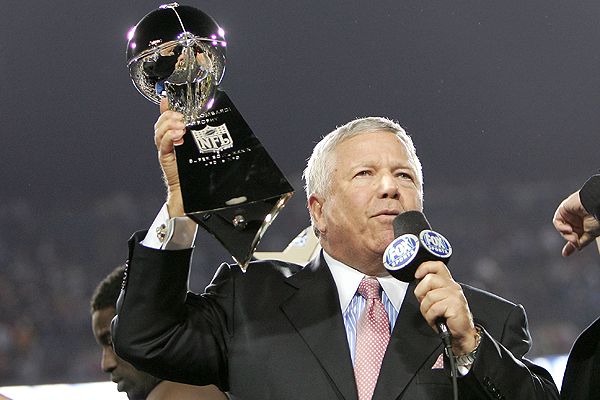 As a great philosopher once observed:

Have you ever looked for the root of production? Take a look at an electric generator and dare tell yourself that it was created by the muscular effort of unthinking brutes. Try to grow a seed of wheat without the knowledge left to you by men who had to discover it for the first time. Try to obtain your food by means of nothing but physical motions—and you’ll learn that man’s mind is the root of all the goods produced and of all the wealth that has ever existed on earth.