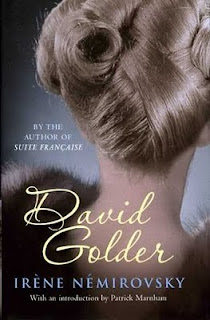 This rather odd recent article about the novelist Irène Némirovsky is a good example of a journalistic technique I can’t stand: allowing people to respond to uncited “critics” without linking to their arguments, describing them in sufficient detail, or giving them a chance to respond. Némirovsky, as some of you know, was the author of the recently discovered and translated Suite Francaise. What makes her story especially compelling is that she was a victim of the Holocaust — but had previously been known for anti-Semitic novels and was a darling of the French far right. The claims made by the biographers discussed in the article appear to be largely a response to Ruth Franklin’s article about the vile anti-Semitism of Némirovsky’s earlier work. (Franklin confirmed to me that she wasn’t even contacted for the Times story, although the biographers directly responded to her article, a response that was quite convincingly rebutted.) Franklin’s case is well-supported:

From the start, her fiction incorporated the anti-Jewish stereotypes that would become something of a trademark. In an early novella called Le Malentendu, or The Misunderstanding, published in 1926, an aristocrat consults a Jewish co-worker for financial advice: a “typical young Jew, rich, elegant, with a long pointed nose in a narrow, pale face.” And the Jew takes advantage of his colleague financially.

In David Golder, an appalling book by any standard, Némirovsky spins an entire novel from that stereotype. The title character is an oil magnate who has sacrificed his life to his business and has nothing to show for it but money–money that his wife and daughter are constantly bleeding from him. His wife, Gloria, openly cuckolds him while expecting him to support her extravagant lifestyle. (When he enters the room, she hides her checkbook “as if it were a packet of love letters.”) Their eighteen-year-old daughter, Joyce, forces him to gamble until he collapses to win her money for a new car. “It’s just that I have to have everything on earth, otherwise I’d rather die!” she tells him. Golder, for his part, is alternately cruel and pathetic. In the novel’s first scene, he mercilessly refuses to cut his own partner a break on the sale of some oil shares, showing no pity and offering no explanation: “‘Business,’ was all he murmured, as if he were naming some terrifying god.”

In the hands of Edith Wharton or Ford Madox Ford, these characters might have acquired some complexity–perhaps a redeeming quality, or just a kind word at some point to someone. But Némirovsky’s portrayals are relentlessly one- sided. The women come off particularly poorly. After the partner’s suicide, Golder overhears his wife, wearing an enormous pearl necklace, negotiating with the undertaker to downgrade the quality of his coffin. Gloria, too, will pursue a bargain at any cost: she haggles with a woman trying to sell a fur coat to help her boyfriend pay off his debts, but while she is waiting for the woman to agree to a better price, the boyfriend kills himself. (Gloria sees herself as the loser here, because now “of course she’ll keep the coat.”) In the novel’s cruelest moment, Gloria mocks Golder for his devotion to Joyce, revealing that she is not really his daughter.

Were it not for the Jewish dimension of this lurid plot, David Golder would be only a semi-tragic tale of money-lust and family cruelty. The racial component transforms it into something uglier. The Jewish caricatures are, frankly, shocking. Fischl, a business associate of Golder’s, is described as a “fat little Jew. He had a comical, vile and slightly sinister air as he stood in the doorway with his red hair, ruddy complexion and bright, knowing eyes behind thin gold spectacles. His stomach stuck out, his legs were short, skinny and misshapen. In his killer’s hands, he calmly held a porcelain bowl of fresh caviar.” Golder’s nose, Gloria muses at one point, is “enormous and hooked, like the nose of an old Jewish money-lender.” During the final oil-company negotiations, which help to bring about Golder’s demise, another man at the table, holding Golder’s hand, “vaguely remembered how he had once held the fractured, bleeding jaw of a dying Irish setter in the same way. Why did this old Jew so often remind him of a sick dog, close to death, who still bares his teeth, growls wildly and gives one last, powerful bite?”

Having not read David Golder, I can’t judge the accuracy of these arguments. But what’s strange about the attempt in the Times to defend Némirovsky against the charges of anti-Semitism is that they don’t really dispute this characterization of the novel. The defense doesn’t even take the potentially reasonable form that the novel was anti-Semitic but not without its aesthetic merits. Rather, the argument seems to be that, sure, David Golder was full of grotesque anti-Semitic stereotypes…but this was motivated primarily by Némirovsky’s “overwhelming loathing for her mother.” Oh. (In what sense anti-Semitism and hatred for Némirovsky’s Jewish mother are mutually exclusive is not explained.) Even more bizarre is the claim by the biographers that “[h]ad David Golder been written in 2009 by Bernard Madoff’s daughter, who would dream of accusing her of anti-Semitic views?” Strange — last summer I read Erin Arvedlund’s book about Madoff, which managed to discuss his fraud in exhaustive detail without engaging in anti-Semitic stereotypes. So I don’t see how writing a specifically anti-Semitic novel about Bernie Madoff wouldn’t be evidence of anti-Semitism. The fact that her apologists seem to think that this is a good argument doesn’t say much for their credibility.

This credulous article, in other words, doesn’t even rise to the level of “shape of the earth: views differ.” It’s more like “two authors assert earth is flat, nameless critics say otherwise, but we can assure you they’re wrong based on these transparently specious arguments.”