At first glance (via Thers), I thought a blog with the irony-free title “What’s Wrong With the World” would be something along the lines of Stuff White People Like. But no, it turns out these people are genuinely funny, like Conservapedia or the Euston Manifesto. Here, for example, they helpfully offer Barack Obama some snappy comebacks to John McCain’s petty and childish web ad — suggestions that I think everyone will correctly perceive as rivaling the comedic talents of Carlos Mencia, Larry the Cable Guy, and Dane Cook. Behold:

* I was going to invite Senator McCain to the Transfiguration. Not anymore.
* Ye of little faith.
* Next time he asks for me to heal his melanoma, the answer is “no.”
* I’ll turn water into wine for him, but I draw the line at being his designated driver.
* I’m surprised Senator McCain didn’t say, “I knew Moses; Moses was a friend of mine; Senator Obama, you are no Moses.”
* Ironically, more men named “Jesus” will vote for me than will vote for Senator McCain.
* The people want more jobs and less Job.
* This just shows us that the McCain campaign is a non-prophet organization.
* If I’m number one, this ad proves that the McCain campaign is full of number two.

This, also, is pretty great:

We are happy warriors, for our defense is motivated primarily by gratitude for what our ancestors bequeathed to us. We are hardly what the world calls “optimists,” for our sense of the crisis of our age is robust indeed; but despair is among the more fashionable sins today, and our hostility to it, too, is implacable. We put not our trust in princes, but stand on the Solid Rock, against which neither the tyranny of the Crescent nor the blank negations of Liberalism shall prevail.

Did someone say “happy warriors?” 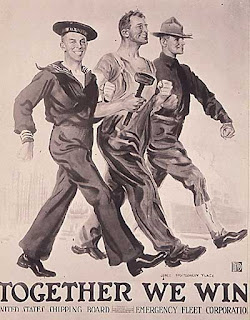