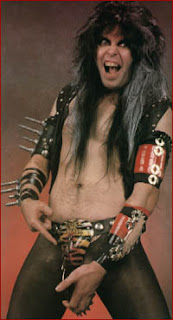 Victor Davis Hanson may or may not actually f**k like a beast — I really don’t want to think about it — but he certainly writes as if he were swinging slabs of raw pork against his keyboard.

In the latest free “outtake” [sic] from his upcoming novel, Cultosaurus Erectus No Man a Slave, Hanson spins a humble parable about the wisdom of declaring pre-emptive war against gall wasps, fairy flies, flower wasps, mud divers, yellow jackets and all other insects of the order Hymenoptera and suborder Apocrita that are not bees or ants:

“But tell me this also farmer,” Epaminondas pressed even closer, still grinning at upping the Thespian. “Think when you have wasps with the sharp tails in you vineyard that Malgis planted. You know the terrible black ones. The ones that sting the paws of sleeping Sturax over there. Or land on the nose of Porpax. Or even in their pride jab the tall legs of your Neto or the chest of buxom Damo—do you chase them all over the orchard, flailing at one or two of them with the broom or clapping at them with your hands?”

“Of course, not!” Odd that the Theban knew of Neto and his son’s wife Damo, and of Chion and apparently Sturax and Porpax too, but at least not Gorgos as well.

“You think me a fool, Theban? To protect this household that you apparently know so well, I hunt out the nest of these stingers and then burn them out all at once with a torch of straw. Yes, I do. And so would you, had you any sense.” Melon sensed the Theban had a good lid on his own pot, and would need two or three more sticks on the fire before boiling over.

Still, Epaminondas flashed his black eyes, “Then don’t mark me a fool either, when you call me dream monger and worse. Like an old woman by the fire, you warn me that it is terrible to fight the Spartans. Maybe it is—as we both know—or maybe not. But when you fight the Spartans, you must kill their king. No one, not even our Malgis had done that. Then when you take on Sparta, you fight in Sparta, not where and when the kings slither or buzz to sting you.”

Now, this may be the way Epaminomodilsaiuhurlhhdsdjkas likes to fight a nest of wasps, but there’s probably a better way, me thinks. When my dogs — who for all their faults at least don’t have wuss names like “Sturax” and “Porpax” — are stung by wasps from the yonder fields of Thespai, Thisbe, and Tangara, I’m generally too fucking lazy to go deal with the problem sensibly. After all, the rich bastards who live on my farm want their rents lowered, and they want to ride around in their big fucking wagons with those expensive Arabian horses and their togas spun from gold and all that. And what am I going to say? “No?” As if! So I figure, fuck it — I’m going to just borrow a lot of money and pay some dickheads who live near the wasps’ nest to take care of the problem for me.

My neighbors usually offer to help out, but I figure fuck them, too — what do they know? They seem to object when my hired dickheads catch a wasp here and there and bring it back to me so I can pull its wings off and get out the magnifying glass and make it listen to bad music from my pan flute. So the neighbors are out, the pussies.

Anyhoo, while other folks are off dealing with the wasps’ nest, I’m going to borrow some more money, fluff the rich some more, and start looking around for some ant hills to crush. They may not be wasps, but they’re Apocrita all the same, and I’m pretty sure I can take them.