Yavuz remained flagship of the Turkish Navy until 1954, when she was placed in reserve. In the picture to the left, taken in 1946, Yavuz is center right, with USS Missouri (completed only two years earlier) in the background. There was little compelling military logic for keeping Yavuz in service. Turkey’s admission into the NATO alliance essentially gave it naval superiority against any opponent other than Greece. The Soviet Union had recently acquired the Italian Giulio Cesare, but she was used mostly for training purposes, and it’s unlikely that a Turko-Soviet dispute in the Black Sea would have been decided by battleship combat in any case.

Yavuz lay in reserve for eight years before, in 1962, the Federal Republic of Germany offered to purchase her and turn the ship into a museum. It’s unclear where Goeben 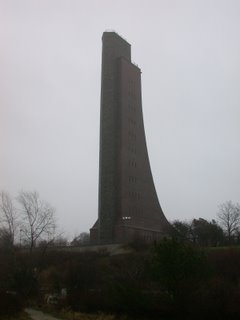 would have been berthed, but I suspect either in Hamburg or near the Laboe Naval Memorial, although I don’t know where she could have been docked in close proximity to the latter. Unfortunately, the Turkish government declined to sell Yavuz back to the Germans. By 1966 the Turks had changed their minds, but German politics had moved a bit to the left and Imperial weapons of war weren’t as cool as they’d been four years previous. Goeben was not tainted by association with Nazism, but she remained a symbol of German militarism in the twentieth century. As no other buyer willing to preserve Yavuz could be found she was sold in 1971, and scrapped between 1973 and 1976. One commentator argued that scrapping Goeben was roughly akin to finding, then eating, a complete, intact mastodon corpse.

Goeben’s loss was a tragedy for naval antiquarians. The postwar era has seen a boon in the conversion of warships into museums, but the allocation has been historically inefficient. The failure to save USS Enterprise, in spite of a campaign on her behalf by Bull Halsey, was nothing short of criminal. USS Oregon, preserved after World War I, was mangled in a short-sighted attempt to collect a bit more scrap. HMS Warspite, after heroic service in both world wars, should also have been saved. Finally, I can’t help but think that a better end for HIJMS Nagato would have been permanent display as a war trophy at Pearl Harbor, instead of atomic victim. Warships:IFR has some further commentary.

Completed in 1912, Goeben served in the German Navy until 1915, then in the Ottoman until 1918. She survived the collapse of both empires and the scuttling of her brethren at Scapa Flow to serve in the Turkish Navy between 1930 and 1954. This thirty year period of active duty service puts Goeben slighty behind some of her contemporaries (USS Arkansas, the South American dreadnoughts), but she played a more important role in world history than virtually any other battleship of the dreadnought era.

Trivia: What was the last battleship to fire its guns in anger?