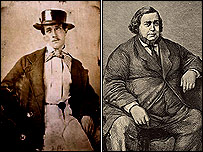 Ben Carson’s campaign on Friday admitted, in a response to an inquiry from POLITICO, that a central point in his inspirational personal story was fabricated: his application and acceptance into the U.S. Military Academy at West Point.

The academy has occupied a central place in Carson’s tale for years. According to a story told in Carson’s book, “Gifted Hands,” the then-17 year old was introduced in 1969 to Gen. William Westmoreland, who had just ended his command of U.S. forces in Vietnam, and the two dined together. That meeting, according to Carson’s telling, was followed by a “full scholarship” to the military academy.

West Point, however, has no record of Carson applying, much less being extended admission.
“In 1969, those who would have completed the entire process would have received their acceptance letters from the Army Adjutant General,” said Theresa Brinkerhoff, a spokeswoman for the academy. She said West Point has no records that indicate Carson even began the application process. “If he chose to pursue (the application process) then we would have records indicating such,” she said.

When presented with this evidence, Carson’s campaign conceded the story was false.

The stuff about how he was a budding gangsta is probably made up too.

To me this is all oddly reminiscent of Alice Goffman’s hyper-active imagination. In both cases, the narrators had legitimately interesting stories to tell, but the urge to sex up the narrative with a healthy dose of truthiness got the better of them. It will be interesting to see if the same sorts of defenses (“sloppy with details,” “mostly true,” “critics are racist/sexist”) will be deployed for the benefit of the good doctor.

I guess this will actually end up helping him, because the POLITICO story was slightly inaccurate (he never claimed to have applied, he just claimed to have been offered a full scholarship without applying, which when you think about it is an even more impressive accomplishment).