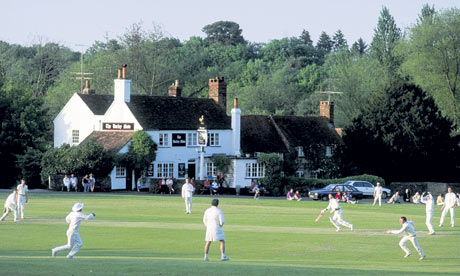 On Wednesday Steven Solomon, a law professor, published a column in the NYT on why, despite the claims of certain hysterical alarmists, things really are actually pretty good these days for law grads. He cites stats for Georgetown’s 2013 graduating class, showing that 93.2% of the class is “employed” and that something something something $160,000 median salary something.

Kyle McEntee is not amused:

If a law school talked about employment as Solomon does, it would violate the ABA’s accreditation standards — and risk a hefty fine. Instead, Solomon manages to publish his misleading statements in the paper of record. Let’s look at the tricks that Solomon pulls:

*Deceptive salary information. Solomon uses Georgetown’s class as an example. He celebrates “a median starting salary of $160,000” for the private sector, but neglects to tell us the response rate. All told, about 40% of the class made that much or close to it. Beyond that 40%, just a small percentage of the class made six figures. The drop-off is quick and, if you’re in a lot of debt, painful. (I don’t, by the way, have anything against Georgetown; it’s Solomon who features the school’s employment statistics throughout his column. Georgetown itself is quite transparent and Solomon could have easily reported the correct figures. Doing so would not have allowed him to make his point, however.)

*Counting school-funded jobs without comment. Georgetown paid for jobs for 83 of its 2013 graduates — that’s 13% of the class. More than 75% received a stipend of just $1,000 per month, earnings that put them barely above the poverty line in 2014 ($11,670 for an individual). Solomon appears to believe that “things are returning to the years before the financial crisis” when 1 in 8 graduates at this top law school are so desperate that they’re willing to accept poverty wages.

*Including part-time, short-term, and non-professional jobs in an overall percentage of “employed” graduates — again, without disclosing that fact. Once we exclude those jobs, along with the school-funded ones, Georgetown’s employment rate falls to 79%.

Not to mention that Georgetown is an elite law school, which means that citing the employment stats of its grads for the proposition that law school reformers are exaggerating the difficulties facing new graduates is more than a bit disingenuous.

Solomon actually got to Berkeley seven minutes ago. He spent the first decade of his legal academic career climbing a very steep ladder, going from Wayne State, to UCONN, and then to Ohio State. His rather extended residence in these declasse neighborhoods is not mentioned on his new faculty webpage, although his much more distant employment with Wall Street and Magic Circle firms is.

Consider Wayne State’s most recent graduating class stats, which look a bit different than Georgetown’s and Berkeley’s. Less than half the class got any legal job at all, while nearly a third of the class was either unemployed, working in part-time and/or temp jobs, or doing barista-type work. One (1) graduate got a job in Big Law (500+ lawyer firm) — the only employment outcome that pays a salary even vaguely commensurate with the average law graduate’s educational debt.

A final note: when I read Solomon’s piece on Wednesday, my reaction was — well, I really didn’t have one. Law school prof engages in egregious self-interested stat-spinning, Part 743. Whatever, as the kids say. Then I saw Kyle’s take down, and I felt a little ashamed. Kyle is still a very young man, and I’m very much not, and all this reminded me of a passage from Orwell:

WHEN I read of the goings-on in the House of Commons the week before last, I could not help being reminded of a little incident that I witnessed twenty years ago and more.

It was at a village cricket match. The captain of one side was the local squire who, besides being exceedingly rich, was a vain, childish man to whom the winning of this match seemed extremely important. Those playing on his side were all or nearly all his own tenants.

The squire’s side were batting, and he himself was out and was sitting in the pavilion. One of the batsmen accidentally hit his own wicket at about the same moment as the ball entered the wicketkeeper’s hands. ‘That’s not out,’ said the squire promptly, and went on talking to the person beside him. The umpire, however, gave a verdict of ‘out’, and the batsman was half-way back to the pavilion before the squire realized what was happening. Suddenly he caught sight of the returning batsman, and his face turned several shades redder.

‘What!’ he cried, ‘he’s given him out? Nonsense! Of course he’s not out!’ And then, standing up, he cupped his hands and shouted to the umpire: ‘Hi, what did you give that man out for? He wasn’t out at all!’

The batsman had halted. The umpire hesitated, then recalled the batsman to the wicket and the game went on.

I was only a boy at the time, and this incident seemed to me about the most shocking thing I had ever seen. Now, so much do we coarsen with the passage of time, my reaction would merely be to inquire whether the umpire was the squire’s tenant as well.