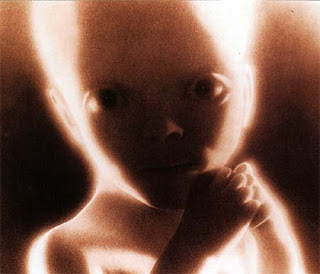 I’m just old enough to remember the original moon landing. I watched it with my grandmother, who reminded me, as Neil Armstrong emerged from the lunar module, that she was born the same year as the Wright brothers’ first flight. A few thoughts:

(1) I recall a lot of talk during the broadcast about the historical significance of the event. I seem to remember Werner Von Braun or someone like that claiming it was the most important event in human history. And Armstrong’s first words about a giant leap for mankind signaled in that direction.

In retrospect, the whole thing — meaning the reach for the stars, the final frontier, etc.,– appears to have fallen a bit flat. Of course in large part the Apollo program was a creature of cold war politics, rather than any nobler scientific or exploratory motivation, but even so, at a remove of 40 years, it’s startling the extent to which humanity reaching the moon now seems more like a curious footnote of the era rather than a giant leap for the species.

(2) Considered as an incredibly expensive and complex exercise in practical engineering, the Apollo program was indeed a stunning achievement. In many ways it was a paradigmatically American achievement, and specifically of American men, or rather boys as men (think of the most impressive neighborhood treehouse, times ten million). Aside from putting the Russians in their place, the most important motivation was probably the sheer desire to figure out how to actually make the thing work. And it was an intensely and peculiarly male project: I don’t recall ever seeing a single woman in that huge Houston control center, where hundreds of guys in short-sleeved white shirts and crewcuts ran the show.

One measure of how much has changed in the last 40 years is that the very idea of a woman astronaut in the 1960s would have seemed outlandish to most Americans (that the Russians had a female cosmonaut was widely interpreted as a preposterous publicity stunt).

(3) The members of the Apollo 11 crew are typical of the astronauts from the heroic age of space exploration in that all of them have shunned the spotlight. It’s hard to remember now how celebrated these guys were in their day, and it’s surprising in a way that John Glenn was very much the exception in choosing to exploit that fame for broader political or other purposes. Thus it’s particularly noteworthy that Buzz Aldrin used a reunion of the crew this weekend to call for a mission to Mars. I have mixed feelings about such a thing — on the one hand sending humans into space is fantastically expensive and in an age of robotics produces almost no added scientific benefit. On the other . . .

Update: In response to a couple of comments, I would have thought it obvious from my remarks about how much has changed in regard to things like gender roles and being an astronaut that I wasn’t ascribing the intensely male atmosphere of the Apollo project to biology, as opposed to say sexist assumptions about men’s and women’s work.